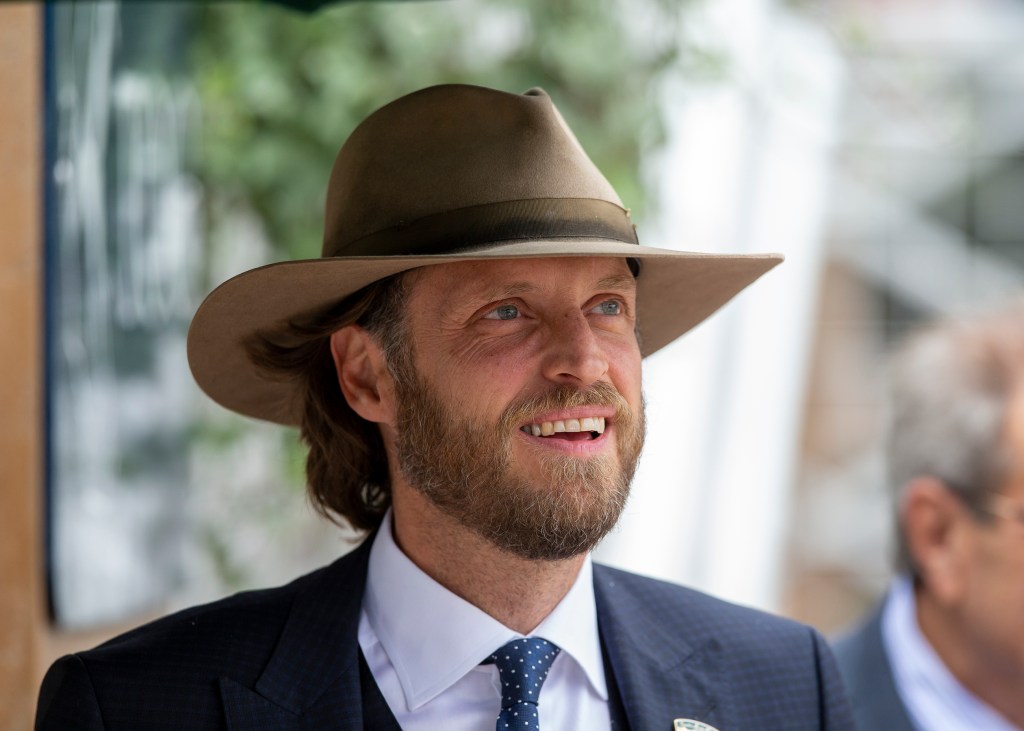 When Aidan Butler, Executive Director of California Racing Operations for The Stronach Group, took over at Santa Anita about a year ago, he couldn’t have envisioned the road blocks he’d encounter during his first year on the job.

Heavy rains forced the postponement of his first opening day in December. The pandemic has thrown a huge monkey wrench into Santa Anita’s daily operations since March. The recent fires that forced track management to push back the opening of its fall meet until Friday were just icing on the cake.

“I’m now starting to get a complex that it might be me,” Butler joked during a 30-minute phone interview this week ahead of Friday’s opening day and a big weekend of racing that includes a bevy of Breeders’ Cup “Win and You’re In” races.

Here are some of the highlights of a question-and-answer session that covered the happenings at Santa Anita during Butler’s first year on the job:

Q: You obviously didn’t expect 2020 to turn out as it has. How difficult has it been for track management to handle the hardships caused by COVID-19?

Butler: This pandemic has been hard on everyone. For us at Santa Anita, it gives me a little bit of pride because we’re still, even with all the adversity, we’re still moving. We’re still generating jobs, we’ve generated tax dollars. Moving forward, that’s what we’re going to be happy about. It’s been a whole helluva lot of work making sure everything and everybody are safe as they can be in regards to COVID-19. But we did it, we made the best of it, and there’s an element of pride now setting in with regards to Santa Anita and the community, producing thousands of jobs. There’s a lot of negativity everywhere across the globe right now, but how things have gone, how we’ve adapted, I see a lot of positivity going forward because we’ve still been able to operate.

Q: Is the fact Santa Anita is spending the money to install a new turf chute that is scheduled to be ready by opening day of its winter meet a sign that TSG Chairman and President Belinda Stronach is not looking to sell Santa Anita, as some have suggested over the past 18 months?

Butler: Belinda’s great. I try to follow her into battle. I’m a real fan. We’ve laid out vast amounts of money for new diagnostic equipment, hiring people from the outside to come in and really take a look at the place. It’s been very apparent for anyone wanting to look at it that Belinda has no intention of stopping this place from racing. She’s really trying to make it as good as can be. You’re gonna see negative people, it’s horse racing, and there were some that really wanted to pass that narrative (selling Santa Anita) on, but now it’s so apparent that’s not the case. Hopefully, that will be put to bed now.

Q: What is the cost of the new turf chute?

Butler: A half a million (dollars). Don’t say any more than that. They’ll string me up.

Q: What does Aidan Butler want to see as we begin to look at 2021 and beyond?

Butler: We gotta have safe racing first. That’s the beginning of my morning and the ending of my day, making sure the horses and jockeys are safe. After that, still in the pandemic, we still don’t have fans coming in to the track, so what can we do during this short meet to get the most exciting program possible in this short window? That will be my main concentration. We have some cool racing coming up this weekend with Breeders’ Cup ‘Win and You’re In’ races, which is going to be really exciting. And also, what can we do to get new owners here? They are the life blood of the sport. It’s a little difficult when I can barely entertain anybody, but more owners mean more horses, better field sizes and better purses, and the whole thing goes around and around.

Q: When can we expect to see fans allowed at the track?

Butler: We got no ability to control that. I’ve got a horrible feeling it’s not going to be until next year. As far as Santa Anita goes, we have a short meet now, which is even shorter because of the fires, and I’m hoping we can have some good news shortly (concerning coronavirus vaccine, etc.). That would then hopefully point us toward our next opening (Dec. 26 with fans), which would be a real bump to the gate. I think the first few days you’re going to see record attendance because people are looking to get out of the house. Mike Smith said it best, that it’s no fun when there’s no one here cheering.

Q: Are you looking to start this meet with a clean slate? Are you anxious to put all the negative in the rear-view mirror and move on?

Butler: I think that’s a really good attitude. Everybody would like to start with a clean slate and I honestly think we’ve earned that right. We’ve put in a lot of work. Everybody can see that the changes (drug rules and safety guidelines) that were made in California echoed across the whole country. The safety coalition was born out of the need of what happened (rash of fatalities) in California. We feel good about it. I’m sure you’ve seen the federal bill to look at things. There’s definitely change in the works, and anyone who’s in California should feel proud that we’ve kind of led the charge for change. I think we should definitely look for a brighter future out here.