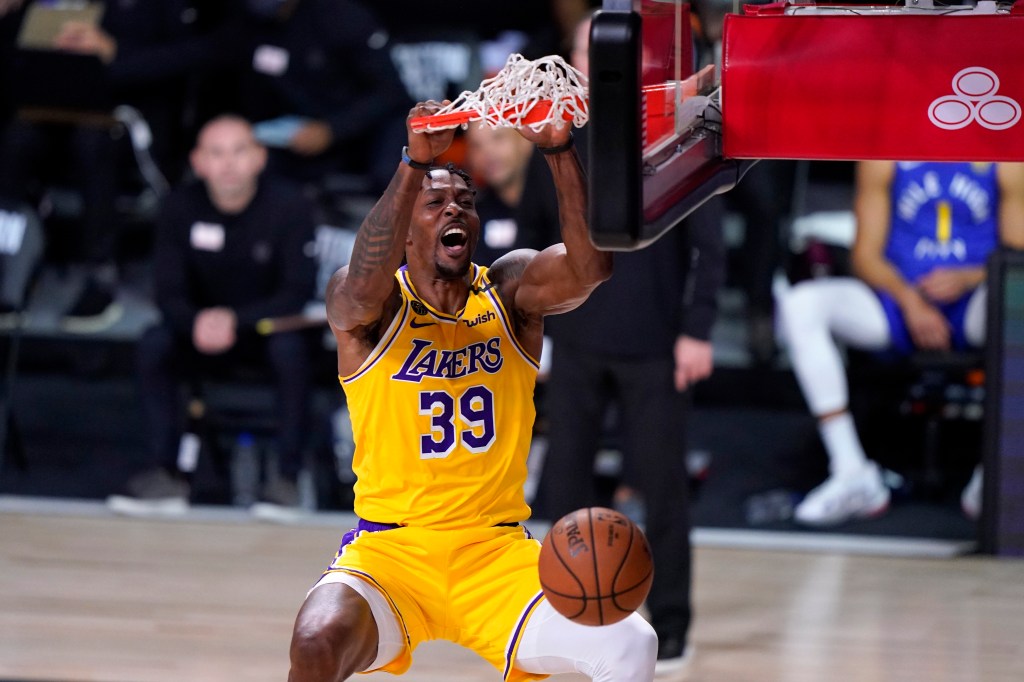 LAKE BUENA VISTA, Fla. — When Dwight Howard went to the Finals in 2009, it seemed to him like it might be the start of a run. His Orlando Magic team was one of the Eastern powers, and at 23, his potential seemed to just be blooming.

That was 11 years ago. Howard hasn’t been back since.

It took him a long time to learn that chances to win a title aren’t promised. In the years since, he’s fallen from grace in Orlando and many other franchises as well. And as one of the most statistically productive ringless players as a shot-blocker and rebounder, that hole in his career résumé eats at him.

That spirit was on display Friday night as Howard punished the Denver Nuggets with a physicality that has come full circle in his career – the defense-first, muscle-down mentality that once made him a three-time Defensive Player of the Year. With 13 points, two blocks and two steals, Howard played with an emphatic energy that helped set a tone starting in the second quarter of Game 1.

It was a dramatic contrast to his morose press conference two days earlier, when he spoke of frustration and monotony without an outlet on the court. He had scant minutes against Houston as the Lakers chose to remove their centers from their rotation. Howard tried to fill those gaps with energy from the bench, leading cheers and celebrations even as he wanted deeply to play.

Rajon Rondo, who had his own throwback night with nine assists and no turnovers, said he had been gassing up Howard even during the last series when he barely played.

“I’ve been telling him the last two weeks, he’s going to be our X-factor in the series,” he said. “I’m very happy that he got an opportunity to come out and play and display his talent, and show how much we need him.”

While JaVale McGee struggled in his first start since Game 3 against Houston, Howard looked mobile, staying in lockstep with Nikola Jokic, his designated assignment, but also maneuvering through traffic on Denver’s many actions. In one memorable sequence, he elevated above a driving Gary Harris to block his shot out of the sky.

Jokic, who was 8 for 14 on the night but took no 3-pointers and was saddled with foul trouble, seemed to get frustrated as the night wore on. Howard said he wasn’t paying attention to the Serbian All-Star’s demeanor, but it was clear he was trying to enforce some mental edge with his physicality: “I just wanted him to know that I was gonna be there until the series is over.”

Frank Vogel said starting Howard in the second half wasn’t the team’s original plan, but they stuck with him because they liked his impact. In Howard’s 16-plus minutes, the Lakers outscored the Nuggets by 14 points.

Howard admitted this week he’s struggling with life inside the bubble, but that’s been 72 days. The wait for a second chance at a championship has been a lot longer.

“This is where the distractions, this is where things tend to always try to creep up on you,” he said. “A lot of times this is where people just fall, when they get right there to the finish line. So for myself I said, you know, just be prepared for whatever – five minutes, 10 minutes, one minute, however many minutes you play. Just go out there and lay it all out on the line.”