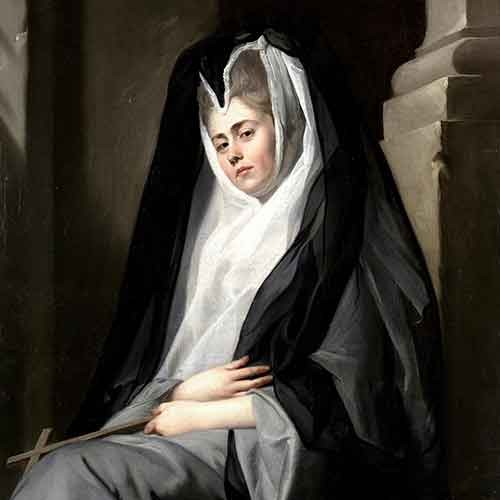 In addition, longtime Art Collectors’ Council members Hannah and Russel Kully purchased as a promised gift for The Huntington a portrait by 19th century British artist and designer Edward Burne-Jones of the artist’s daughter, had been kept in the family since it was painted around 1888.

The acquisitions were funded by The Huntington collectors’ council at its annual meeting last month.

“This year we cover 200 years of British art history and bridge the Atlantic, celebrating the interconnected web of American and British art,” said Christina Nielsen, director of the Art Museum at The Huntington.

“In this group are masterpieces, rarities, works by underrecognized female artists and works that tie together different collection areas at The Huntington in intriguing ways,” she said. “Together, they amplify our collection’s strengths and further its reach into the 20th century, all thanks to the generosity of our Art Collectors’ Council.”

The painting of Robinson, completed in 1780, is a cabinet portrait that was perhaps commissioned by an admirer of the actress, who was also known for being the mistress of the Prince of Wales, later George IV.

Lost for generations until it was sold in 1999 at auction as a French painting of an unknown sitter, the newly identified work portrays Robinson in her role as Oriana in George Farquhar’s comedy “The Inconstant; or The Way to Win Him,” which she performed on the London stage in the spring of 1780.

In the course of the play, Robinson’s character engages in a series of ruses — dressing as a nun, feigning madness, and finally disguising herself as a pageboy — to win the heart of her love interest. The portrait of Robinson in a nun’s habit was painted several years after Copley, a leading portraitist in colonial America, moved from Boston to London to test his skills at the Royal Academy.

Around the same time, the actress, then at the height of her career, also sat for four of Copley’s professional rivals — Sir Joshua Reynolds, Thomas Gainsborough, George Romney and John Hoppner.

Burne-Jones was among the most influential artists of his day, according to The Huntington. A friend and collaborator of William Morris, he was a designer of stained glass, decorated furniture and textiles as well as a painter associated with both the Pre-Raphaelites and the Aesthetic Movement.

Hundreds of working drawings relating to his design accomplishments are held at The Huntington, as well as a popular installation in the Huntington Art Gallery, a two-story-high stained glass window that he designed for the Unitarian Chapel in Heywood, Lancashire, around 1898.

The portrait of Burne-Jones’ daughter, last owned by the sitter’s great-granddaughter, has never been exhibited or published. It will go on view in the Huntington Art Gallery alongside other works from the British Design Reform period.