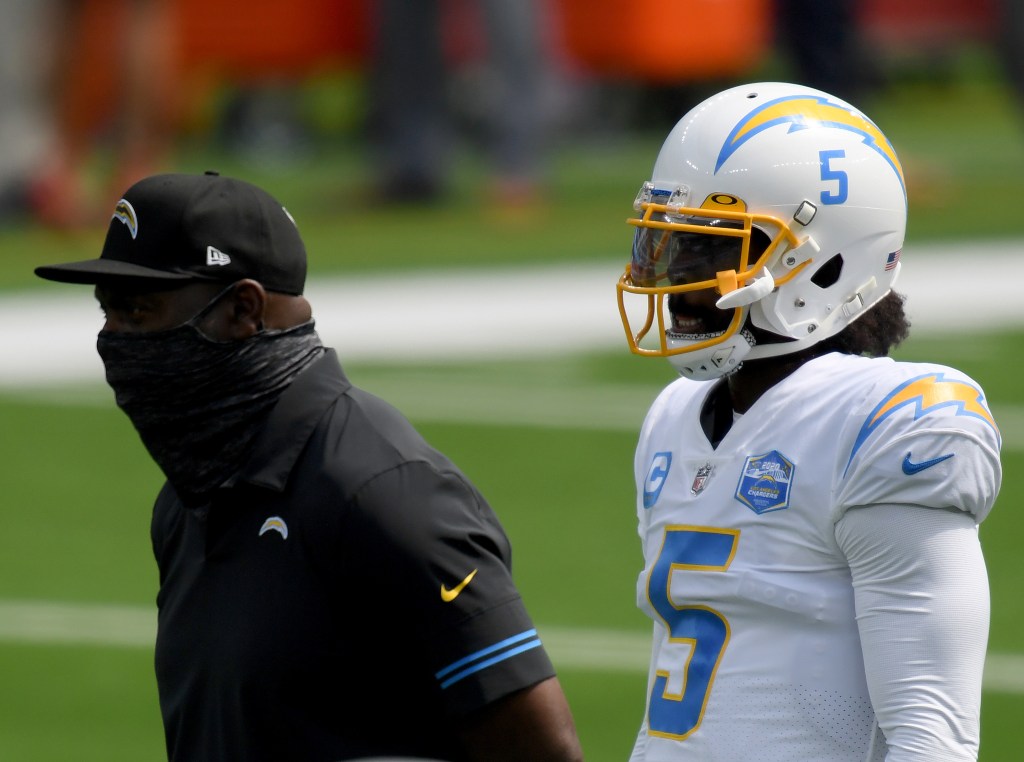 The Chargers were hoping Taylor would start this Sunday against the Carolina Panthers, but doctors are against it and have advised Taylor not to play indefinitely, according to Schefter.

This could explain why Chargers coach Anthony Lynn strongly backed Taylor as the team’s starting quarterback over rookie Justin Herbert, who impressed against the Chiefs on short notice.

“Tyrod hasn’t done anything to lose his job,” Lyn said Monday. “It wasn’t his fault he wasn’t on the field yesterday.”

The NFL Players Association has started an investigation on the situation.

“Our medical and legal team have been in touch with Tyrod and his agent since Sunday collecting facts,” tweeted George Atallah, the assistant executive director of external affairs for the NFLPA.

Lynn said he learned about Taylor’s chest pains after the coin toss. The Chargers announced Sunday night Taylor had difficulty breathing and was released from the hospital.

Herbert will now likely get a second consecutive start this week against the Panthers at SoFi Stadium.

As of now, Lynn doesn’t believe Taylor should lose his job because of this mishap, but he’ll have a tough decision if Herbert continues to flourish while Taylor recovers.

Lynn is scheduled to speak to reporters later this afternoon.

More to come on this story.