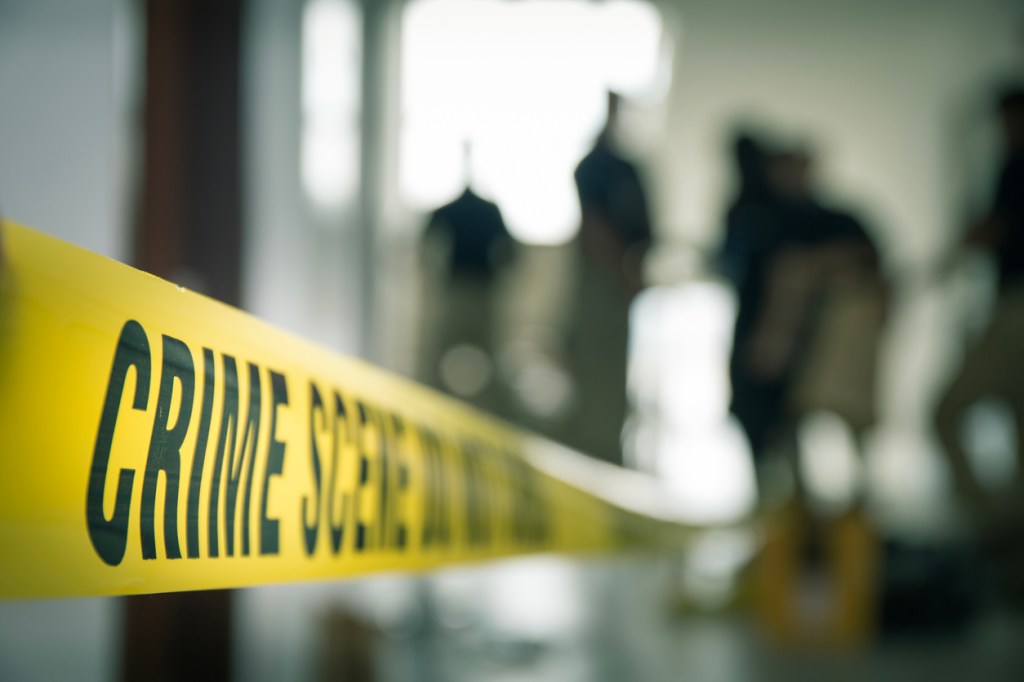 Demonstrators chanted “Black lives they matter here” and vehicles could be heard driving by the protest honking in support, as a series of speakers addressed the crowd.

After the rally, demonstrators marched through Hollywood accompanied by multiple vehicles, some with signs that said “Defund. Abolish.” and “Defund police, invest in community.”

The first night of protests began around 6 p.m. Wednesday near Union Station with a march along downtown streets before returning to Union Station around 11 p.m.

Taylor, a 26-year-old emergency medical worker, was fatally shot in her apartment early on March 13 by officers executing a search warrant, according to Kentucky Attorney General Daniel Cameron.

Sgt. Jonathan Mattingly and Detectives Brett Hankison and Myles Cosgrove were advised by superiors to knock and announce their presence in serving this specific search warrant, Cameron said.

Evidence from the Special Prosecution Unit’s investigation shows that officers both knocked and announced their presence at the apartment. The officers’ statements about their announcement are corroborated by an independent witness who was near in proximity to Taylor’s apartment, Cameron said.

When officers were unable to get anyone to answer or open the door to the apartment, the decision was made to breach the door. After breaching the door, Mattingly was the first, and only officer, to enter the residence, Cameron said.

Mattingly identified two individuals standing beside one another at the end of the hall, a male and female. In his statement, Mattingly said the male was holding a gun, arms extended, in a shooting stance, Cameron said.

Mattingly saw the man’s gun fire, heard a “boom,” and immediately knew he was shot as a result of feeling heat in his upper thigh, Cameron said.

Walker admitted firing one shot and was the first to shoot, Cameron said.

Hankison fired his weapon 10 times, including from outside a sliding glass door and through a bedroom window, Cameron said.

Some bullets traveled through apartment four and into apartment three, before some exited that apartment. At the time, three residents of apartment three were at home, including a man, a pregnant woman and a child, Cameron said.

The investigation found that Mattingly and Cosgrove were justified in their use of force, after having been fired upon by Walker, Cameron said.

Kentucky State Police and FBI ballistics analysis reached different conclusions, creating a reasonable doubt in the evidence about who fired the fatal shot.

Hankison was indicted by a Jefferson County grand jury on three counts of wanton endangerment, a Class D felony. Mattingly and Cosgrove were not charged.

The warrant used to search Taylor’s apartment was connected to a suspect who did not live there, and no drugs were found inside.

“Breonna — and all Black Americans — deserve a system of policing that prioritizes justice and dignity over fear and bigotry, so a tragedy like this never happens again.”

“I am completely mortified that our criminal justice system has failed Breonna Taylor, her family and friends, and frankly, it has failed our country,” said Black Lives Matter founder and Executive Director Patrisse Cullors, who is based in Los Angeles.

“We are going to continue the work that we have started in the name of Breonna Taylor and countless Black lives cut short at the hands of police brutality, systemic racism and white supremacy.