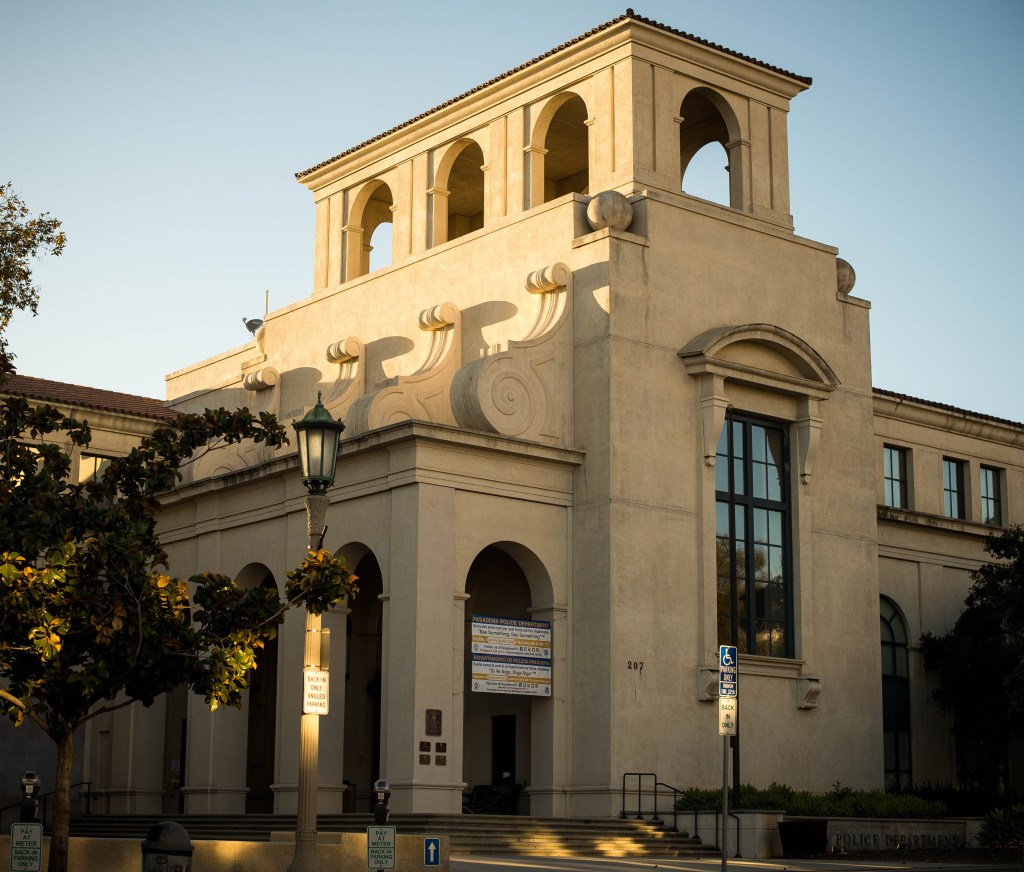 The move comes despite some opposition from the ACLU, which has been trying to get the city to enact a blanket ban on surveillance technology, which they say includes facial recognition systems and automatic license plate readers.

Police officials have contested using the phrase “surveillance technology” to describe these systems, because they say the tech isn’t being used to track individuals or build profiles on them; it’s meant only as an investigative aid.

Speaking to the commission on Wednesday, Sept. 16, Commander Jason Clawson equated the automatic license plate readers to work he could do “walking down any street in Pasadena, and physically writing down a license plate and car description in my notebook, and just doing it all day long,” he said.

“And if we ever need to find out a certain type of make/model of a car, or get a partial license plate, I can go back through my notebooks — but that’s preposterous for me to do all that work when a system’s in place to do it in seconds.”

The system doesn’t collect any biometric data, Clawson said. It takes pictures of every car and license plate it sees and compares them against a database of stolen vehicles and wanted persons. The data is stored for two years, he said, allowing officers to search for vehicle descriptions and full or partial license plates to see if a suspect’s vehicle has been seen anywhere over the past 24 months.

While the device has a function to share the data with Immigration and Customs Enforcement, better known as ICE, Clawson said the Pasadena Police Department would not use it — though it would share data with other police agencies, as they share data with Pasadena.

While a representative from the ACLU did not immediately return a request for comment, the group has been lobbying Pasadena to eliminate what they call surveillance technology for months now, though the city’s elected officials don’t seem to have much of an appetite for the move.

It’s something Police Chief John Perez acknowledged in an interview with this newsgroup at the time, saying, “There’s probably not a formal system that does an audit.”

But this week, Clawson told the committee he had just reviewed an audit report from June.

When asked about the report in an interview on Thursday, Clawson said monthly audit reports have been created every month since February.

When asked about the apparent contradiction between his statements and the chief’s, Clawson said, “It’s not like a third party coming in and doing a deep dive of system information. … There’s two types of audits: One is a desk audit and one is a big forensic audit.”

A desk audit, as Clawson put it, means taking a look at the report and seeing if anything is out of place. A forensic audit would involve drilling down and checking the validity of every single entry, a significantly more cumbersome process.

Clawson was confident their protocols were strong enough to hold officers accountable.

While the department has 16 license plate readers on different police cruisers, the officers who collect the data and those who can access it often fall into different categories, Clawson said.

That said, if an officer has the reader attached to his car, it could flag a stolen vehicle immediately in the moment.

To use the system to do a search, officers first have to login with a unique ID, then they have to fill out specific categories: They need to input the case number “or a reason for the search,” Clawson said.

Furthermore, most officers in the department don’t have access to the license plate searches, he said. When asked how many, he couldn’t say for sure, but guessed it was “at least two dozen detectives.”

He continued: “If you’re not doing an investigation, there would be no need for you to have access. … If someone’s not following protocols, we can hold them accountable. They can lose their privileges, depending on what the violation is.”

To his knowledge, no officers have ever been found in violation of the policy around these readers.

She questioned why the data was being stored for so long if it wasn’t getting used to build profiles on innocent individuals. She saw a potential for misuse here, before further arguing to discontinue using the readers “because there are substantial concerns that they will be used inappropriately in areas of our city that already have been subject to decades of overpolicing.”

Clawson pushed back, both about the automatic license plate readers and facial recognition technology, as the two have historically been lumped together by critics.

“They think it’s surveillance, but it’s not,” he said, explaining that businesses are using facial recognition to allow shoppers to more easily pay for purchases. Everybody wants to use the technology, “but activists don’t want police to use it. So where do we find the balance? We’re all in support of trying to help people, but we’re also in support of solving crimes. We’re not just spying people to spy on people.”

Police spokesman Lt. Bill Grisafe had a similar message: “Don’t leave us in the stone age when everyone else is advancing out of it,” he said in an interview.

After this purchase, out of its 16 automatic license plate readers, the Pasadena Police Department still has another eight aging units to replace over the next three to four years, a staff report says.