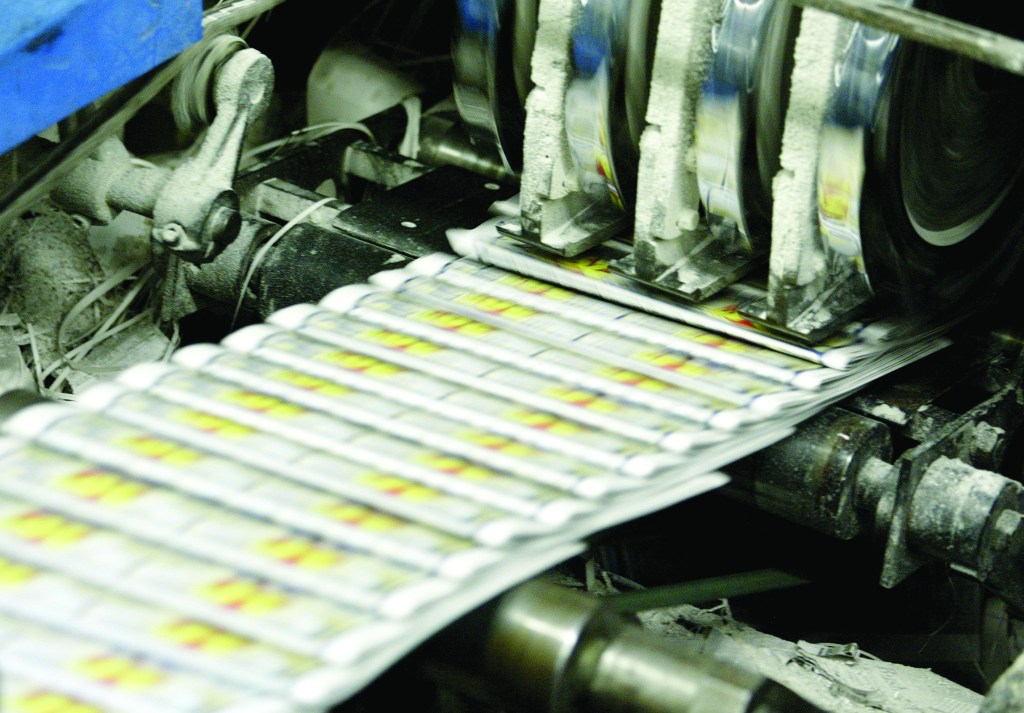 Every day I read the newspaper cover to cover. It’s a lifetime habit I hope not to break. This doesn’t mean I like everything I read. For starters, there’s all that news.

I can’t begin my day with Washington, Sacramento, Spring Street or someplace overseas I couldn’t find with two maps, a globe and Rick Steves on Zoom. So, I slide into my day with a large coffee and the Sports section, which goes down easy unless you’re a Clippers fan. Then I turn to the comics but always skip “Marmaduke,” who’s nothing but trouble. Also, Marmaduke’s owner has Hitler’s mustache and hair which I find disturbing.

I get my daily checkup from “Ask Dr. Roach” but then spend half the day worrying I have whatever disease the good doctor has written about. I pass over sudoku, “Hidato” and “Whatzit?” because my Enigma machine’s in the shop, but I pick up some advice from “Dear Abby” and a few “Hints from Heloise.”

On Sunday, I read all the book reviews and the puff pieces about the latest “you gotta watch” movie or TV series I haven’t seen or even heard of. There’s a section that tells me what celebrities are celebrating birthdays.

As Monday’s paper yields to Tuesday’s and so forth, a rising green streak of envy races up my spine as I consider how lucky the authors of these various features are, even the people responsible for Marmaduke. As the deadline looms for my Sunday column, it’s time to pick a topic for the Opinion page that almost always means something grim.

There was a glimmer of hope last week. The president helped broker a peace deal between Bahrain, the United Arab Emirates and Israel, an agreement consummated at a White House signing ceremony. Donald Trump gets an “attaboy” for that one. But last week also saw more crazy talk about what he did or didn’t do in response to COVID-19, with the president now claiming he actually “up played” the pandemic. Meanwhile, California continues to burn, while L.A. burns through homeless housing money at the astonishing rate of $531,000 per unit.

Still, all these doozies fall within the normal range of rotten news we’ve learned to live with. But then something exceptionally awful happened.

A maniacal assassin tried to murder two L.A. County deputies at point-blank range followed by protesters chanting “We hope you die!” outside the hospital where they were treated.

The attempted murder of Deputy Claudia Apolinar, a genuine hero, and her partner would be horrible enough by itself. That there were dozens of people willing to show up at a hospital and root for their death is something approaching Dante’s Seventh Circle of Hell.

It shouldn’t be necessary to say this but apparently it is: no grievance with the cops justifies what happened last week in Compton. These ambush attacks on police officers are not about righting wrongs or police reform. No society can survive if law enforcement officers become clay pigeons.

As we have seen with our own eyes, many police departments are in need of major overhauls. But we the people need to take responsibility for our own actions as well.

Our streets are awash in guns, often in the hands of the suicidal or homicidal. We have failed both the mentally ill and the police by making cops the first point of contact with seriously ill men and women of all races who need hospitalization rather than incarceration.

We’ve allowed politics to inflame passions to the point where, for some, no action is too extreme.

Sophia Loren is 86 today. I wish I had written that.

Doug McIntyre’s can be reached at: Doug@DougMcIntyre.com.