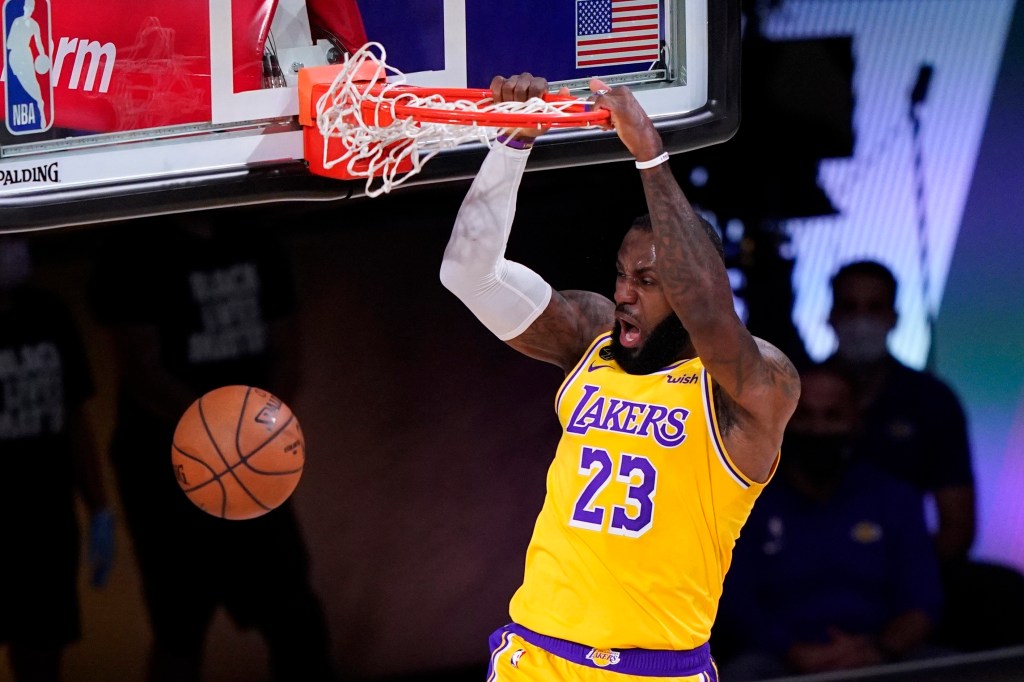 LAKE BUENA VISTA, Fla. — On Friday night in the immediate aftermath of his team’s Game 1 loss, Denver coach Mike Malone steamed over the 24 free throws the Lakers took in the second quarter.

A night’s rest – and maybe the potential for being fined – gave Malone perspective to revise his opinion: His team was outrun.

In the box score, the Lakers were listed with 16 points on fast-break opportunities and 22 points off turnovers. Malone’s film study graded the Lakers with 35 transition points, with lobs and throw-ahead passes galore.

The Lakers were No. 2 in the NBA this year with 18.4 fast-break points per game, and they’re the highest-scoring team in transition remaining in the playoffs (15.4 fppg). Their run-and-gun game was one of the factors that allowed the Lakers to shoot 55% from the field in the second half.

One factor Jamal Murray cited was the different defensive schemes the Lakers play, which helped lead to 16 Denver turnovers and fueled their quick-strike offense.

“Completely different defensive team than the Clippers were,” Murray said. “The Clippers were a lot of on-ball and they would strip the ball from you or hit the ball out of my hands or mess up our offense. It’s more of passes and playing off passing lanes and getting on runs.”

Malone added he felt if the Nuggets could cut down on the Lakers’ transition game, “we will be in the ballgame.” But, he added, it wasn’t a terribly fun film study as the Nuggets moved on to Game 2 prep.

No issue with James’ ankle

There was one tense moment in the second quarter when LeBron James stepped on Jerami Grant’s foot and rolled his left ankle as he spilled to the floor.

Alex Caruso was one of the players who was on court when it happened, and saw a grimace. Then James got up on one knee to tie his shoe.

“I saw him go down and kind of wince,” he said. “But I think I can tell when he’s actually hurt or maybe tweaks a little bit, just a normal banging or nick that you get just playing.”

It was only the next possession when Caruso bounced a feed through a double-team to give James a dunk at the rim. But still, James seemed to be favoring the ankle slightly in the rest of the game, and had just 15 points. Afterward, he wore a bag of ice around it.

On Saturday, the Lakers listed him as probable for Game 2, but Vogel said, “he’ll be ready to go.” James was at practice without any visible support for his left ankle.