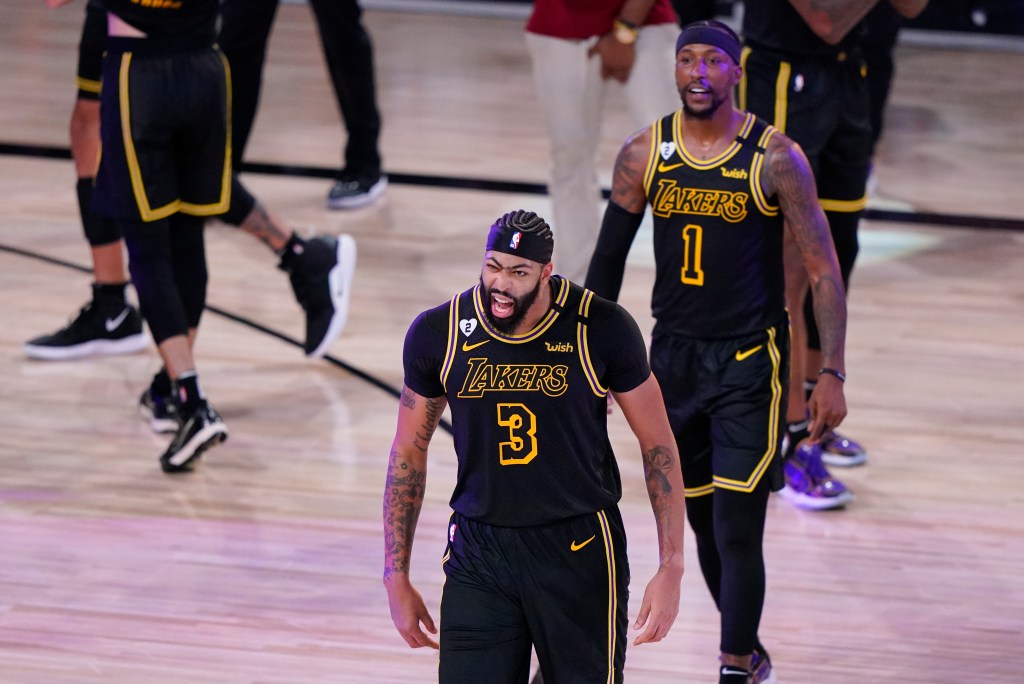 The Morning Wrap shares the day’s top five stories from our reporters at the Southern California Newspaper Group. … Sign up to have our top sports stories delivered to your inbox with our daily newsletters

ONE: While the Lakers try to go up 3-0 in the Western Conference finals against the Denver Nuggets tonight, they’re still basking over Anthony Davis’ game winner in Game 2, and his place in Lakers lore. The Lakers take on the Nuggets at 6 p.m.

If @AntDavis23 proved anything it’s that he’s not a Los Angeles Clipper. pic.twitter.com/gMqMRnRcKh

“Just to have him up here takes a lot off, takes the edge off.”

TWO: Did you watch Bryson DeChambeau destroy Winged Foot and power his way to the U.S. Open? Golf purists may not like it, but don’t blame DeChambeau, writes columnist Mark Whicker.

What DeChambeau said: “I was an average driver and then I put on those 20 to 25 pounds. It wasn’t because of the clubs. It was because of me.”

As DeChambeau heats up, golf’s purists should chill out

THREE: The Rams are 2-0, but are banged up with injuries to running backs Cam Akers and Malcolm Brown. Find out what their status is heading to Sunday’s game in Buffalo.

FOUR: Young quarterback Justin Herbert looked good in his debut Sunday against the Kansas City Chiefs, but was it good enough to replace Tyrod Taylor when healthy? Find out.

Justin Herbert might not be the starter next week, but he proved he can hang with the mighty Chiefs: “I know I belong here.” #KCvsLAC #Chargers https://t.co/KoS7wHy66q

FIVE: The Dodgers are a week away from starting the playoffs and Corey Seager is feeling strong again and ready to go.

There are a whole lot of ways to measure how well a player puts bat to ball. #Dodgers Corey Seager is measuring up on all of themhttps://t.co/zPMOevf5zS