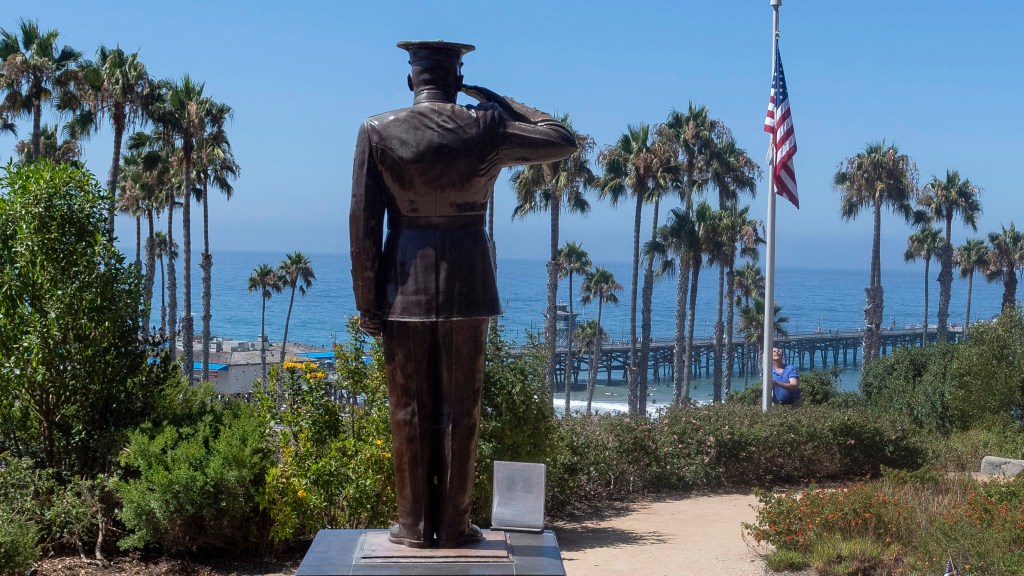 A multiagency search and rescue effort for eight servicemembers — likely trapped in a military vehicle on the bottom of the ocean just off San Clemente Island — has become a recovery mission.

“All eight service members are presumed deceased,” Marine Corps officials announced early Sunday, Aug. 2. “The 15th Marine Expeditionary Unit and the Amphibious Ready Group leadership determined there was little probability of a successful rescue given the circumstances of the incident.”

The ship, part of the Undersea Rescue Command, was on routine training operations near the island when it was diverted to aid in the search. The crew is using a remotely operated vehicle to survey the ocean floor near the amphibious assault vehicle wreckage. Efforts will focus on finding the Marines and sailor.

“It is with a heavy heart that I decided to conclude the search and rescue effort,” said Col. Christopher Bronzi, 15th MEU commanding officer. “The steadfast dedication of the Marines, sailors and Coast Guardsmen to the persistent rescue effort was tremendous.”

The seven Marines and one sailor have been missing since Thursday, July 30, when their seafaring vehicle — known as an AAV — took on water and sank during a routine training exercise near the island. The Navy-owned Channel Island is about 50 miles west of Orange County and 20 miles south of Catalina Island. The AAV and 12 others had just left the island’s beaches and were heading out to the USS Somerset, an amphibious transport dock. They had spent the day training on the island.

Eight Marines managed to climb out of the 26-ton vehicle as it sank and were floating in their lifevests. They were rescued by crew members from a nearby AAV and a rescue boat. Crews could only watch as the 26-ton vehicle quickly sank, said Lt. Gen. Joseph Osterman on Friday, Aug. 1. One Marine died and two others were in critical condition at Scripps Memorial Hospital in La Jolla, but on Friday were moved out of the hospital’s intensive care unit. Friday night, the remaining seven Marines and a Navy corpsman remained missing.

“I would like to thank everyone for their heartfelt condolences on behalf of our Marines, sailor and family members affected by this tragic mishap,” said Gen. David Berger, Commandant of the Marine Corps on Saturday, Aug. 1. Berger was at Camp Pendleton on Friday to oversee a change-of-command ceremony with the 1st Marine Expeditionary Force, which oversees the units involved in the training. “Let me add my condolences and prayers to theirs, and ask everyone to keep the families of these service members in their thoughts.”

The Marines were doing a routine training exercise with the 15th MEU and were part of Camp Pendleton’s 3rd Assault Amphibious Battalion.

The AAVs — many built in the 1970s  —  have been retrofitted and repaired multiple times and are among the Marine Corps’ most iconic vehicles and used to transport infantry troops from sea to shore. When coming off a ship, they can travel on the open sea for hours but are half submerged. They can cross land at 45 miles per hour and can surf 10-foot waves.

The armored vehicles on tracks carry troops in enclosed compartments and can transport 21 Marines, including about 200 pounds of gear for each. Quarters are incredibly tight and the only visibility is through a two-inch by three-and-a half-inch viewpoint in the back.  The vehicle’s main hatch is on the top along with a smaller one; then there’s a commander’s hatch, a drivers’ hatch, a gunner’s hatch and a rear hatch.  Marines have 800 of these vehicles Corps-wide.

Gen. Berger immediately suspended the use of the vehicles in any water training until an investigation into what occurred is concluded.

“We need to give time until we have a better picture of what happened,” he said.

Thursday’s training accident was the third in nine years in which local Marines were injured or killed in an amphibious assault vehicle. In January 2011, a Marine died when an AAV sank in just a few feet of water off the southern end of Camp Pendleton. Five Marines escaped from the vehicle.

On Sept. 13, 2017, 14 Marines and a sailor were burned – several critically – when their AAV burst into flames following an explosion on Camp Pendleton when the vehicle hit an exposed gas line.

Once the investigation is complete, Berger said, an effort will be made to determine if there are any trends in the causes of these training accidents.

In December, Marines on Camp Pendleton tested the new Amphibious Combat Vehicle that will replace the aging AAVs. The vehicle has a modernized platform that gives it increased water and land mobility. It will also have better communication and survivability to protect Marines. The first vehicles should be ready for use late in 2020.

The names of the Marines and sailors will be released after their families have all been notified.