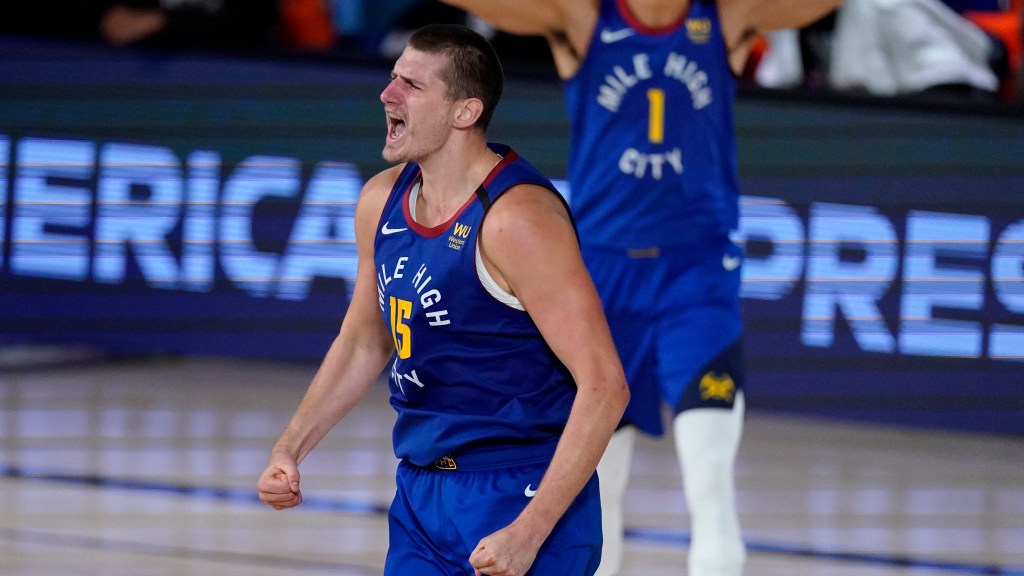 LAKE BUENA VISTA, Fla. — At this point, the Denver Nuggets aren’t going to catch anyone off guard. And they don’t expect to.

After watching film of the Lakers on Thursday afternoon, Nikola Jokic — one of the engines of Denver’s pair of historic 3-1 comebacks — came away with the impression that the top-seeded Lakers are just as serious and driven as his Nuggets have been in the last month.

“I think they’re really focused,” Jokic said. “You can just see how they’re playing. Even the Portland series, the Houston series, they are really locked in. They will not take us for granted.”

Spaced just a few hundred feet away in neighboring ballrooms at the Coronado Springs Resort, the Lakers and Nuggets prepared for the most unusual Western Conference Finals the NBA has ever seen, tucked away in the NBA bubble but still broadcasted all over the world after more than 70 days of isolation. The fact that they are both still here, with 22 teams whittled down to four, is a marker of their makeup — that both have shown chemistry and motivation in their series wins so far.

Against the unlikely odds of the Nuggets run, the Lakers’ pair of business-like 4-1 wins looks unremarkable by comparison. But with the NBA Finals so close and the time winding down, the matchup becomes less about favorite and underdog, and more about two talented rosters that have overcome the challenging conditions and dangerous opponents.

LeBron James knows firsthand about how difficult overcoming a 3-1 lead is, and how much character is needed. James said when he watched the Game 7 that saw the Clippers fully melt down, he kept a scouting mindset. When asked if he was hoping for an all-L.A. series, he shook his head.

“It takes a lot of energy, effort, a lot of desperation to be able to come back from a 3-1 deficit,” he said. “They did it twice. So the respect level is out of this world for what we have for this ballclub. That’s how we’re going into this series: understanding what they’re capable of, where they stand.”

One of the matchups that intrigues is Jokic, the 7-foot Serbian who has been a knockdown shooter in these playoffs, but also has the passing chops to pick opponents apart in transition or find a cutter in the half court. James said Jokic’s court vision and willingness to pass reminded him of why his own teams have been successful, calling that energy “infectious” when it’s passed down by the team’s best player.

Coach Frank Vogel implied the Lakers will reactivate their centers in the rotation, but called Jokic a “five-man assignment” that every player will be ready for because of his ability to find teammates all over the court. Denver coach Mike Malone said he anticipated James himself will guard Jokic at times in the series.

The Lakers’ best weapon on the big man is Davis, who had success in crunchtime during the regular season while guarding Jokic. While acknowledging that Jokic “has a lot of ways he can beat you,” Davis also said he was looking forward to guarding him.

“For me, those are always fun matchups for me because it makes me play defense, makes me compare where I am defensively against a great offensive player,” he said. “But it’s always been fun for me playing against him. I get to do it for an entire series.”

After Thursday’s practice, James had a bag of ice taped to his right thumb. He acknowledged that he had caught it in the rim on a block attempt during the Houston series, and had gotten treatment on it.

“But it won’t affect me in any way, shape or form,” he added curtly.

The Lakers may not have as much luck down their roster: In their Thursday afternoon injury report after media availability ended, the Lakers revealed that Rajon Rondo is questionable for Game 1 of the conference finals with back spasms. The 34-year-old missed the first-round series against Portland with spasms after he was poised to make a long-awaited return from a fractured thumb.

Rondo has averaged 10.6 points and 7 assists per game while shooting 44 percent from 3-point range in these playoffs. The Lakers are hurting for depth at the position, too, as Dion Waiters remains doubtful for Game 1 with a strained groin suffered against Houston.

The Nuggets have been without veteran wing Will Barton for the entirety of the NBA bubble with a right knee ailment. Malone said Barton is rehabbing in Miami, and may join the team even if he’s not healthy enough to play.

“We were exchanging messages after our Game 7 win,” Malone said. “He was so excited and happy for our group, obviously wished he could be here. I would love to get him back. Even if he’s not able to play, I would love for Will to be here and be a part of this.”

LeBron describes how he watched Game 7 of Clippers-Nuggets.

Was he looking forward to an all-LA series? LeBron says no. pic.twitter.com/QJlzmhQkVV

Follow up from @taniaganguli to Anthony Davis about what makes it “fun” to play against Jokic.

“Anytime I match up against him, it’s always a battle. It’s fun for me to test where I am defensively especially against a guy like that.” pic.twitter.com/ZoEwzU0F2v