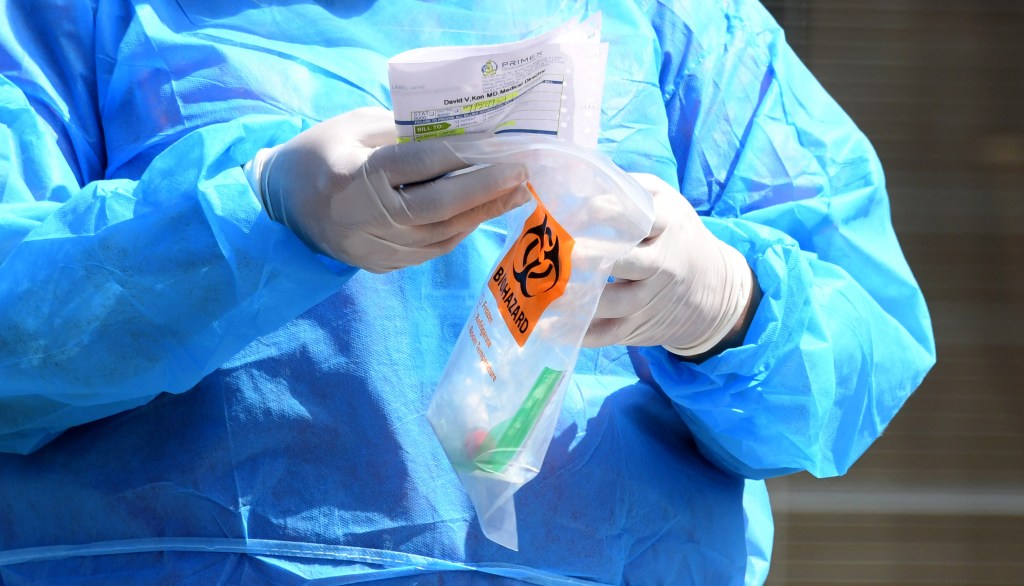 The number of new coronavirus cases in Los Angeles County — assessed on average per day — began ticking back upward about a week ago, an early predicter of a possible new surge, though public health officials were still hopeful the county has put the worst of the pandemic in the past.

Up until Sunday, the county experienced four straight days of increasing case counts, up to 1,343 cases on Saturday.

Some of the increased reporting could be due to a backlog in cases. On Sunday, 991 new cases were reported. Average daily cases over a 7-day period, a key indicator for the county to reopen more business sectors, has began to increase to 975 on Sunday up from 799 on Saturday, Sept. 12.

In order to open more business sectors and the county to advance to the red Tier 2 of the state’s color-coded recovery metric, new case rates would need to come down below about 700 per day for at least two weeks.

New cases are considered a leading indicator of the status of the outbreak, according to Public Health Director Barbara Ferrer.

“At the end of this week will have a much better sense if what we’re seeing indicates greater transmission,” Ferrer said. “After you see an increase in cases that’s where in another week or two later you often see an increase in hospitalizations which is also followed by unfortunately an increase in deaths.”

The number of hospitalizations as of Monday were at 749 people who tested positive, a slight decrease from 765 reported on Sunday, which represented a minor uptick after dropping precipitously since mid-July when more than 2,200 people were hospitalized with COVID-19.

Ferrer said she continued to be cautiously optimistic about the county’s success moving forward, while still stressing the importance of businesses following the health order. Since Aug. 30, county inspectors have cited 25 businesses for 46 violations, some of which included flagrant disregard of the health order, according to Ferrer. The department did not immediately have available a list of those businesses who were forced to close.

Almost 15,000 healthcare workers, most of them female and nearly half Latino, have tested positive for the coronavirus since the pandemic began, and 89 healthcare workers have died from complications related to the disease, according to the Department of Public Health.

Healthcare workers, like the public in general, faced a surge in cases and deaths first in April and then in July, which in recent weeks has decreased considerably.

“In March, before it was understood that people without symptoms who were positive for COIVD-19 could transmit the virus and at a time where we had a nationwide shortage of personal protective equipment, cases among healthcare workers peaked at 662 cases by early April,” Ferrer said. “As the virus was better understand and PPE became more available, cases among health care workers also decreased.”

Ferrer called all of the healthcare workers who have helped battle this pandemic heroes.

“You’ve been on the front lines courageously treating patients even when there was so little we knew about the virus,” Ferrer said.

Sign up for The Localist, our daily email newsletter with handpicked stories relevant to where you live. Subscribe here.