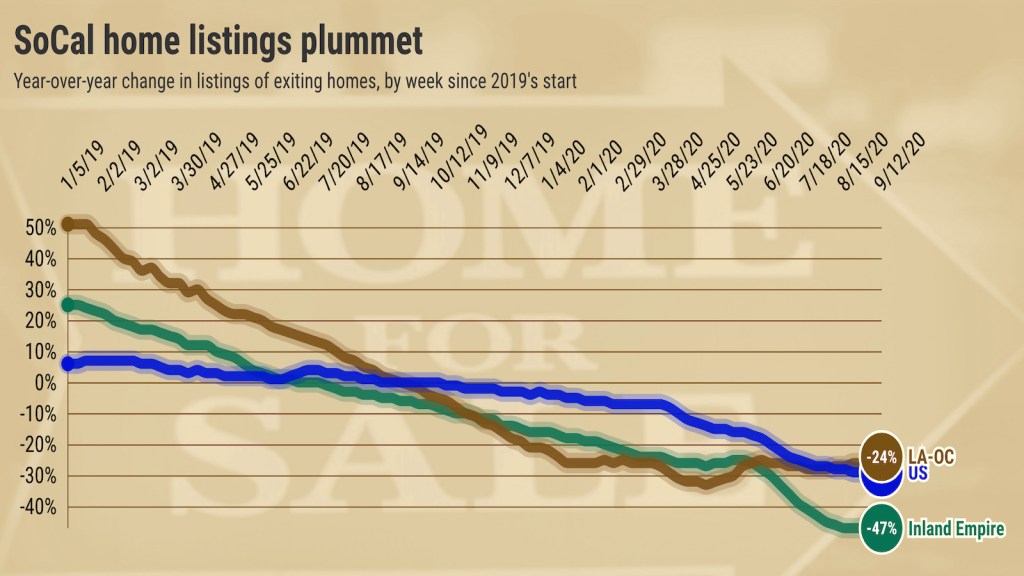 Inland Empire house hunters are searching for properties in the nation’s tightest market, according to one survey.

The number of existing homes listed for sale in Riverside and San Bernardino counties fell by 47% in the year ended in August, Zillow reports. That’s the deepest decline among 50 large metropolitan areas tracked by the real estate firm.

Pandemic fears, financial challenges and quick-selling homes have kept many owners from selling locally and across the nation. It’s made buying tricky for those looking to cash in on historically low mortgage rates.

It’s a sharp change, too. A year ago, Inland Empire listings were running 6% above their 2018 pace. The tightening supply pushed home values in Riverside and San Bernardino counties, by Zillow’s math, up 5.7% in the 12 months — the No. 21 gain among the 50 metros.

Nationwide, there were 29% fewer homes on the market over the year where values rose 5.1% to $400,664. After the Inland Empire, the biggest inventory drops were found in Baltimore (down 44%) and Kansas City (down 42%).