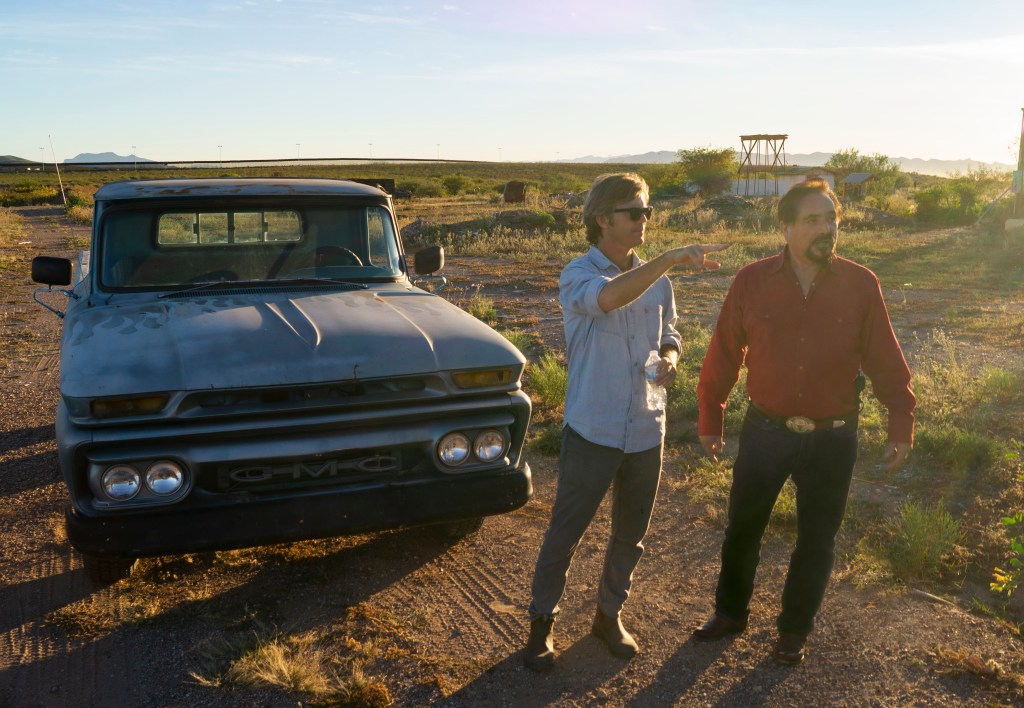 In Netflix’s new documentary series “Immigration Nation,” the filmmakers won unprecedented access to the inner workings of U.S. Immigration and Customs Enforcement, showing how ICE agents do their jobs as well as the toll of their work on immigrant and refugee families.

The Ron Howard-directed “Rebuilding Paradise” from National Geographic Documentary Films tracks the devastating impact of the Camp Fire on Paradise, California as its residents struggle to recover over the year that followed that November 2018 wildfire.

“The Last Narc,” a four-part docuseries on Amazon Prime, tells the story of the 1985 murder of DEA Agent Kiki Camarena by the Guadalajara cartel, posing the disturbing question of what the CIA knew and did or did not about that crime.

All three documentaries have strong connections to California viewers given the impact of the topics they explore. Though difficult viewing at times, this is serious journalism well worth your time as they premiere this weekend.

Here’s what we learned as we reviewed these three new documentaries:

The first 10 minutes of “Rebuilding Paradise” are as apocalyptic as any dystopian feature film you’ve ever seen, all the more terrifying for the fact that what you’re watching is absolutely real.

Set to a soundtrack of radio fire warnings, emergency broadcasts and the voices of residents fleeing Paradise as it’s consumed by swirling storms of fire, it’s a genuinely uncomfortable introduction to director Ron Howard’s documentary film for National Geographic.

“How far out is the first?” you hear a resident ask an official outside the Paradise hospital as it was being evacuated on Nov. 8, 2018.

“Are we going to die?” comes another voice, this time almost a whisper.

The Camp Fire, as this catastrophe is known, is the deadliest and most expensive wildfire in California history, killing at least 85 people and almost completely burning Paradise off the map.

“Rebuilding Paradise” tells the story of the town from the day of the fire through a year of rebuilding, following a handful of residents as they struggle to regain a sense of home again in a place many had lived all their lives.

“I went from being the town drunk to being the town’s mayor,” says Woody Culleton, who we follow as he works to build a house to replace the one that burned. “This is a place where everything came together for me and in a day it was gone.”

Police officer Matt Gates serves as another of the film’s characters, his good humor in the face of adversity a refreshing break. “I know it’s cliche, but the donut shop was right back there,” he says as he drives his cruiser through town.

School superintendent Michelle John and her husband Phil are two of the heroes that emerge, working with the district staff to get the kids of Paradise back in school — at first in remote locations, but finally and triumphantly for graduation on the high school’s football field.

There’s a lot of anger expressed at Pacific Gas & Electric, which accepted responsibility for its equipment sparking the fire, and discussions of the inherent danger of living in such a beautiful wooded place as climate change makes wildfires both stronger and more common.

That note of climate danger sounds again in a touching way at the end of the film as students at the high school collection donations for victims of an Alabama tornado, seeing in that new tragedy a mirror of themselves.

“Rebuilding Paradise” opens in live and virtual theaters on Friday, July 31. Go to rebuildingparadise.film for more.

One of the most remarkable things about this six-part docuseries is that it got made at all, given how restrictive ICE is about granting access to its officers and detainees alike. In fact, the agency came to regret the access it approved in 2017, attempting to block the release or force changes in the episodes once they saw what the series contained.

Married filmmakers Shaul Schwarz and Christina Clusiau embedded with agents as ICE implemented Trump Administration changes such as separating parents from their minor children at the border — and locking up both adults and kids — and deporting any eligible immigrant instead of prioritizing those with criminal records over those without.

As a result, they witnessed ICE agents in the field and in the offices working with never-ending caseloads of immigrants and refugees. Most appear as professionals struggling to set their personal feelings aside to do their job, but the cameras at times capture scenes of questionable behavior. An officer picks a lock to gain access to an immigrant’s apartment building.

At one point a supervisor tells a field office to bring in more immigrants no matter who they are or what he has to do. “I don’t care what you do, but bring at least two people,” he says, prompting the field agent to tell the filmmakers “That’s a pretty (bleeping) stupid thing to say” in front of their cameras.

Filmmakers also gained unprecedented access to detainees in ICE custody and were able to follow them over months as they wait for a resolution to their immigration status.

The most heartwrenching of these comes in multiple interviews with fathers who’d been separated from their children at the border with no idea where they’d been taken.

“In this country, it’s like I’m no longer a father,” says Bernardo Arévalo, weeping as he talks about his teen son being taken from him at the border.

Most of the ICE personnel explain their ability to do their jobs as enforcing the law or simply following orders from above. Not thinking whether that’s justice is baked into the system, says Becca Heller, the director of the International Refugee Assistance Project, early in the series.

“Is a government agency evil? No. Is every single person inside ICE evil? No,” Heller says. “The brilliance of the system is that their job has been siphoned off in such a way that maybe what they see day to day seems justified, but when you add it up, all of the people just doing their job, it becomes this crazy terrorizing system.”

The kidnapping, torture and murder of DEA Agent Enrique “Kiki” Camarena represented a shocking escalation of the War on Drugs when it occurred in 1985. The Guadalajara cartel now seemed to be taking aim at U.S. law enforcement officers, not just their criminal rivals.

Director Tiller Russell’s four-part docuseries on Amazon Prime takes a new look at the notorious murder and questions whether the full truth has yet to be revealed. For while a handful of Mexican citizens were tried and convicted of the crimes, “The Last Narc” alleges that higher powers including the CIA had some involvement in the crime or the cover-up.

The series features a colorful and credible-sounding protagonist in Hector Berrellez, a longtime, decorated DEA agent who worked with Camarena, led the investigation into his murder, and eventually came to believe a cover-up had taken place.

“I’ve kind of had this little thorn in my heart knowing the truth about what really happened to Kiki,” Berrellez alleges earlier in the series. “That U.S. intelligence officials ordered the kidnapping and interrogation of Kiki Camarena.

“The Camarena case is still being covered up to this day,” he continues. “And I want the world to know the truth. It’s time. And if I die doing it, well, that’s what God wanted.”

Berrellez hasn’t been shy about his beliefs on the topic in recent years, but the film not only brings in other U.S. officials to vouch for his seriousness, but it also scores interviews with three former Jalisco State Police officials, all who had been working for the cartel, whom Berrellez flipped to provide testimony into the Camarena murder.

Their interviews are chilling and dramatic as they describe what happened in tones that range from matter-of-fact to anguish and guilt.

Camarena met his wife, Geneva “Mika” Camarena, in high school in Calexico, and her interviews add a touching reminder that he was a person much loved by his family and friends who feel his loss to this day.

“The Last Narc” premieres on Amazon Prime on Friday, July 31.