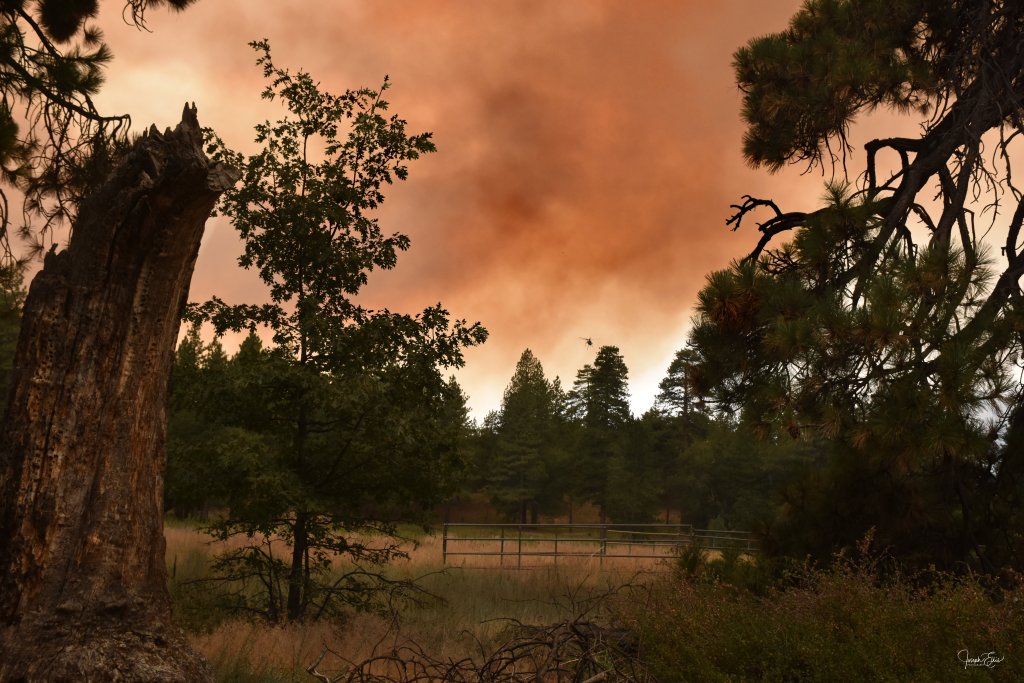 The El Dorado fire in the San Bernardino National Forest held its size overnight, with 22,588 acres burned and 60% containment Tuesday morning as firefighters worked to hold the line along Highway 38.

Wind, rockslides, and burning debris rolling down slopes toward the roadway are among the threats for spreading the fire past the line firefighters are building and defending.

The fire has managed to reach the highway in some spots, including south of the evacuated community of Angelus Oaks, but has been kept in check, firefighters said.

MAP: Where the El Dorado fire is burning in the San Bernardino Mountains

The El Dorado fire started Sept. 5 during a gender-reveal photo shoot, with a smoke bomb touching off dry grass in a Yucaipa park, investigators said. The  fire spread into the San Bernardino National Forest.

Late Monday, the U.S. Forest Service identified the firefighter who died Thursday while battling the blaze.

Charles Edward Morton, 39, was a crew boss with the Big Bear Hotshots. He had worked as a firefighter for 18 years, 14 with the U.S. Forest Service. A procession from San Bernardino to Orange was taking place Tuesday morning.

Thirteen people have been injured in the fire, and two homes destroyed. Communities along Highway 38 from Angelus Oaks to Onyx Summit remained under evacuation Tuesday. The highway is closed to the public from Bryant Street just north of Yucaipa  to Onyx Summit.

This is a developing story, check back later for more details.