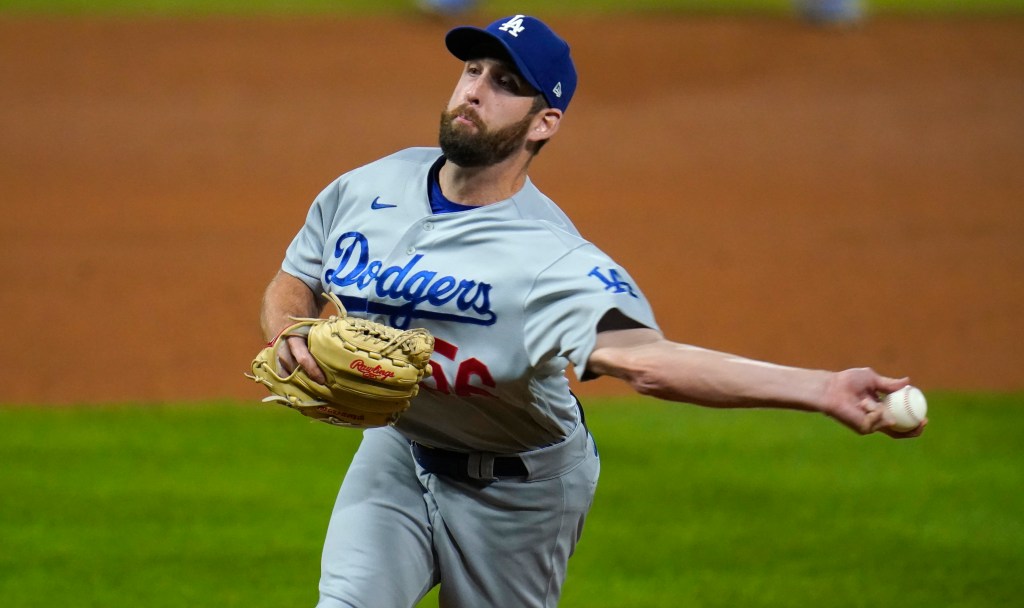 When Major League Baseball raised the minimum number of batters a pitcher must face from one to three, Adam Kolarek was on a short list of players whose jobs might have been jeopardized.

In last year’s National League Division Series, Kolarek had one job: to retire the opposing team’s best left-handed hitter in a high-leverage situation. That happened to be Washington Nationals slugger Juan Soto. Kolarek held Soto hitless in three plate appearances and didn’t pitch to anyone else in the series.

When the rule change was announced in February, Kolarek’s role in the bullpen was not immediately clear. Flash forward to September. The 31-year-old lefty is thriving. He began the season with 12 1/3 scoreless innings out of the bullpen and carried a 1.02 ERA through Friday.

More significantly, right-handed hitters are batting 7 for 25 (.280) against Kolarek with only one extra-base hit – a home run by the Rockies’ Trevor Story on Thursday. He’s getting righties to hit the ball on the ground at a higher rate than some of his right-handed peers.

That skill only figures to become more valuable with two left-handed relievers out of the picture. Caleb Ferguson is out for the season with a torn ulnar collateral ligament, and Scott Alexander is pitching at USC, the Dodgers’ alternate site.

“I was never just a one-batter guy in Tampa,” Kolarek said. “For me, facing multiple hitters is nothing new. The one thing it changes is being available every single night.”

Friday, Kolarek became the first Dodger to pitch on three consecutive days this season. He appeared in the second inning of a bullpen game Wednesday in San Diego. Two days earlier, when Kenley Jansen was unavailable to pitch, Manager Dave Roberts mentioned Kolarek as a possibility to pitch in a save situation, depending on the matchups.

“I think that’s what makes us a dangerous team,” Kolarek said. “We’ve bought in to this kind of strategy. We’ve bought into it where you’re going to be just as prepared in the second inning as you’re going to be in the ninth. I think that goes a long way just mentally, when you try to prepare and you don’t let the moment get too big. If you’ve got three outs to get, it shouldn’t matter if it’s the ninth inning or the second inning. I think that’s something I’ve learned along the way.”

To be fair, both Roberts and Kolarek expressed confidence in spring training that Kolarek could adapt to the 3-batter minimum rule. Exactly how that would play out in practice was unclear.

So far, Kolarek has significantly increased his sinker usage against righties compared to the past two seasons. Rather than making him more predictable, it’s made Kolarek more effective. Righties were batting .278 and slugging .444 against the pitch in 2020, according to Statcast, compared to .362 and .569 a year ago.

“He just is really smart about managing a lineup, whether it’s left and right,” Roberts said. “My confidence with him to get guys out is as high as it can be.”

Roberts said Walker Buehler (finger blister) threw 90 pitches in a simulated game Saturday and “came out of it really well.” He will be activated from the injured list prior to Thursday’s game against the Oakland A’s.

The Dodgers will not use an “opener” for Buehler in the game.

“I think my expectation is, (Thursday) is a regular start,” Roberts said.

The blister has sent Buehler to the IL twice this season. He missed one start in late August, then was activated Sept. 2 and shut out the Diamondbacks for five innings in a win at Dodger Stadium.

Buehler’s next outing was a short one. On Sept. 8 in Phoenix, he allowed five runs (two earned) in 2 2/3 innings against the Arizona Diamondbacks. Two days later, Buehler returned to the IL.

Justin Turner served as the Dodgers’ designated hitter Saturday and will do so again Sunday, Roberts said. Turner hasn’t played third base since he strained his left hamstring on Aug. 28, but that will change Tuesday, when the Dodgers begin a three-game series against the A’s. … Right-hander AJ Ramos, who was among the final candidates for a bullpen job with the Dodgers in summer camp, was activated by the Rockies prior to Saturday’s game. The Rockies are Ramos’ third employer this season. The Cubs signed him to a minor league contract after the Dodgers released Ramos in August, but he did not appear in a game. … Ramos takes the roster spot of Wade Davis, who was designated for assignment. Davis was the highest-paid closer in history in terms of average annual value when the Rockies signed him to a three-year, $52 million contract in Dec. 2017.