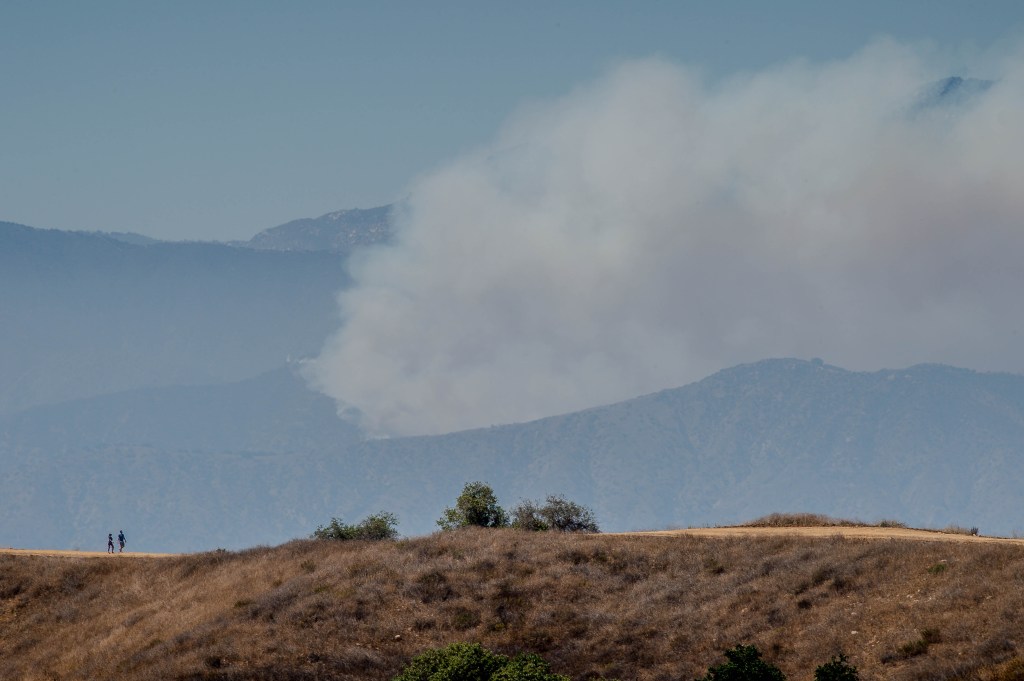 A brush fire in the Angeles National Forest was 40 percent contained Friday morning after gobbling up more than 200 acres.

No one had been injured, and no structures were damaged, said Andrew Mitchell, a spokesman for the Angeles National Forest.

Dubbed the Dam Fire, the blaze had burned 217 acres. The U.S. Forest Service adjusted the number of acres burned after a plane with an infrared camera flew over the fire last night for an accurate asessment, Mitchell said.

Containment is the percentage of the perimeter where firefighters believe the fire will no longer expand.

There were 307 firefighters battling the fire, which was heading northwest and moving away from Azusa.

“The concern today is the heat and the humidity,” he added.

Temperatures are expected to hit the 90s and 100s, according to the National Weather Service.

ANF Fire Chief Robert Garcia; “A very robust air and ground attack is holding back further spread. But tough days ahead in some of the steepest terrain in the Angeles, combined with a heat wave of 100-degrees-plus. Please give thanks to your firefighters.” #DamFire. Photo #air7hd pic.twitter.com/Q51kVvMJUv

The cause of the fire was under investigation. Passersby had seen the brush fire on the side of Highway 39 near Morris Dam shortly before 1:30 p.m. Thursday, officials said.