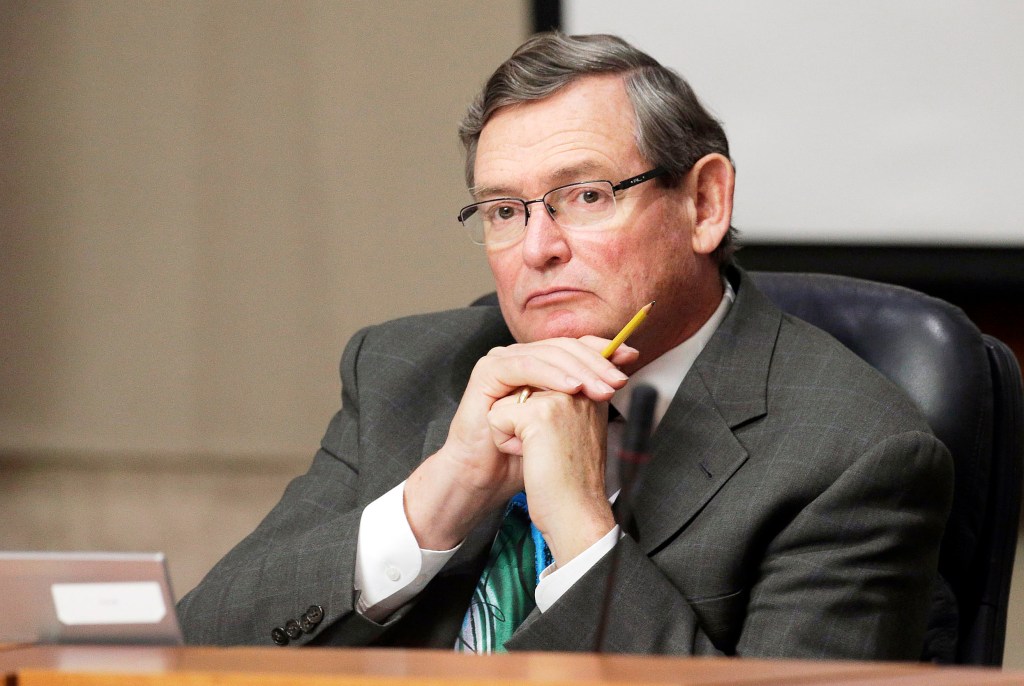 LONG BEACH >> The California State University community will learn next week who will be taking over as the system’s new chancellor.

Current Chancellor Timothy White announced last October that he would be retiring, effective in July 2020. He put those plans on hold in March as the coronavirus pandemic took hold, forcing the 23-campus system into a virtual learning environment that will continue through the spring.

The search process for his replacement was also put on temporary hold, but CSU Board of Trustees Chair Lillian Kimbell is expected to announce the system’s new “chancellor-select” during a board meeting next week.

The board, which is holding its meetings virtually due to the pandemic, is scheduled to hold closed-session gatherings Sunday, Monday and Tuesday mornings, with “executive personnel matters” on the agenda each day.

On Wednesday morning, the board’s Committee on University and Faculty Personnel will discuss a compensation package for the chancellor-select, with the issue then going to the full board later that day.

The new chancellor is expected to take over early next year.

White has been CSU chancellor since 2012. He is credited with spearheading efforts to bolster graduation rates, while also seeing state funding for the system increase from $2.3 billion to $3.6 billion during his tenure, with enrollment rising from 436,000 to more than 480,000.

White “led the university’s restoration and resurgence from Great Recession-era cuts to achieve unprecedented heights for student enrollment and graduation,” CSU Board of Trustees Chairman Adam Day said in a statement.

CSU schools are continuing with their distance learning strategy during the enduring COVID-19 outbreak, at least through for the Spring semester, which begins in January.

“After extensive consultation with campus presidents and other stakeholders, and careful consideration of a multitude of factors, regarding the pandemic and its consequences, as well as other matters impacting the university and its operations,” White said earlier this month, “I am announcing that the CSU will continue with this primarily virtual instructional approach for the academic term that begins in January 2021, and also will continue with reduced populations in campus housing.”

White said that this decision will give students and families “appropriate” time to plan and also gives the schools times to promote and publish course offerings in campus academic plans.

The CSU system is made up of 23 campus​es, including Northridge, Los Angeles, Dominguez Hills, Long Beach, Fullerton, Pomona and San Bernardino. It educates more than 480,000 students each year.