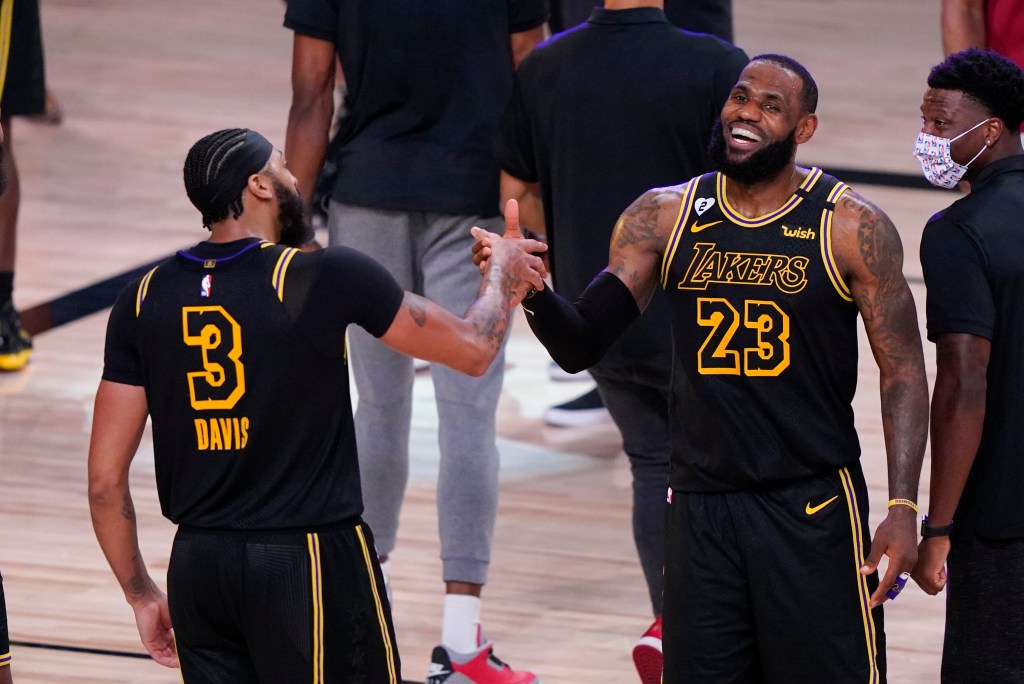 If anything is going to take the wind out of the sails of the never-quit Nuggets, you’d think this could be it.

Anthony Davis’ arcing 3-pointer at the buzzer not only gave the Lakers a 105-103 victory in Game 2 of Sunday’s Western Conference Finals series, but it control-shift-deleted all of Denver’s painstaking work to recover from 16 points down.

Alas, a loss is a loss is a loss — no matter how big or small the gap. Any way you slice it, the top-seeded Lakers are just two victories from advancing to the NBA Finals, and the Nuggets’ backs are just about flat up against the proverbial wall.

“I mean, losing sucks,” Denver Coach Michael Malone said, via Zoom video conference. “That’s the bottom line, losing sucks. Some guys like to win, some guys hate to lose. I think we’re a group of guys that hate to lose. Whether it be by 20-something points in Game 1 or at the buzzer tonight, counts as the same.”

Just how much can a team that’s now played 16 playoff games in the bubble — six of them must-wins — have left in its tank? Especially since the Lakers snatched away what would have been a huge victory Sunday? It counts the same, sure, but doesn’t a dagger like Davis’ plunge deeper?

“Feels like we’re down in the series and we’ve got to win Game 3,” Malone said. “That’s been our mindset in the first round, the second round. We’re in the same situation here. The next game is the biggest game for us.”

That might come off as traditional coachspeak, but the Utah Jazz and Clippers would like to share a word of caution: There was a time when Utah was feeling mighty fine about its place in the second round, and not long after, a period when the heavily favored Clippers were plenty confident in their path forward too, back before they relinquished leads of 16, 19 and 12 in the final three games of their conference semifinal series.

At their expense, these Nuggets have become the only team in NBA history to come back twice in the same postseason from 3-1 deficits.

“We are here underdogs,” said Nuggets star Nikola Jokic shortly after his 30-point, nine-assist effort went for naught. “We need to fight. That’s our only chance. … We could just call it a game and quit. I think we just want to give the fight. Maybe it’s going to be 30 points, but fight needs to be there.”

Count on that. It’s almost as if Denver doesn’t really get going until they’re in a deep enough hole.

See: Sunday, when Denver’s role players were struggling, the Lakers’ bigs were harassing Jokic and Alex Caruso stepped into a 3-pointer that gave the Lakers a 16-point advantage with 4:04 to go before halftime.

But then Denver held the Lakers to 22 points in the third quarter and 23 in the fourth, as Jokic proved a menace down the stretch, scoring his team’s last 11 points in the final 2:42, when his Nuggets rallied from down eight points down to take a 103-102 lead — setting up Davis’ big shot.

“Leads mean nothing against this team,” Lakers Coach Frank Vogel said. “You have to play 48 minutes, and luckily we were able to prevail down the stretch.”

Could Denver even glean some useful insight from the near-comeback? Even if it does, Jokic said, the Lakers will retain some inherent advantages: LeBron James and Davis.

Davis’ game-winner gives Denver its first 2-0 deficit in a series in the bubble, though they’ve trailed by two games in both of their previous series.

According to the Associated Press, in NBA postseason history, teams that have trailed 2-0 in the best-of-seven series against non-LeBron James teams come back to win 9.3% of the time.

But never in 22 times has one of James’ teams lost a series after going up 2-0.

History is on the Lakers’ side. Probably.