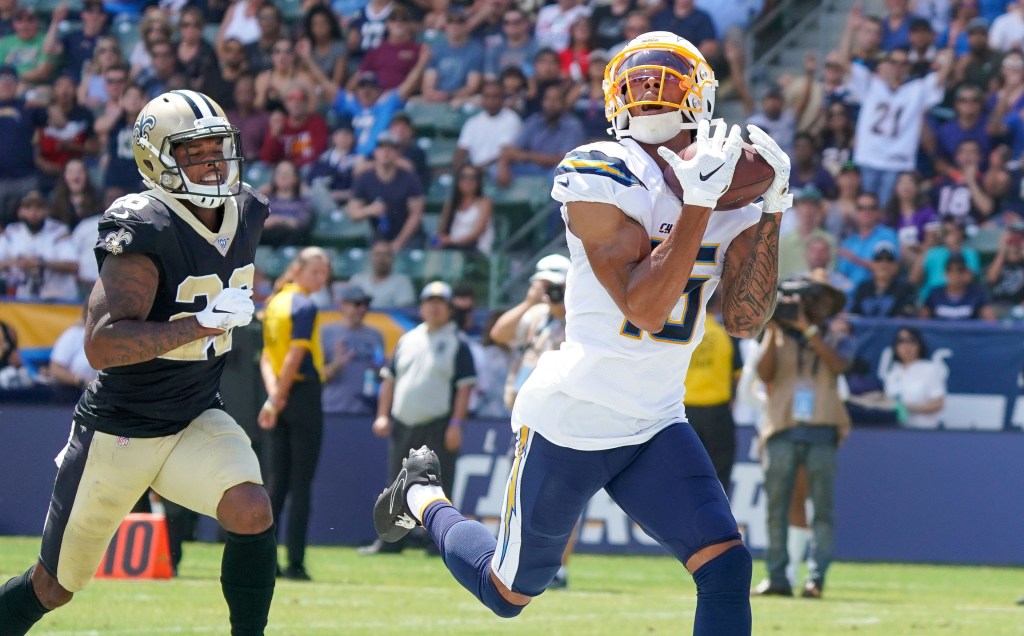 Patton and Teamer were the biggest surprises from the cutdown list. Patton played in 13 games last year and often served as the team’s third wide receiver behind Keenan Allen and Mike Williams.

Teamer made the team as an undrafted rookie last year and started seven games after injuries to Derwin James and Adrian Phillips. Teamer’s days with the Chargers were likely numbered last month after he received a four-game suspension for violating the NFL policy on substances of abuse.

With the Chargers now at the 80-man limit, they’ll be able to have every player on the field for Monday’s first training-camp workout with rookies and veterans. Training-camp rosters were cut from 90 to 80 this season because of the coronavirus pandemic.

It seemed players with experience would hold an advantage because of the offseason program and preseason being canceled, but so far, that hasn’t been the case with the Chargers.

Rookie wide receivers Joe Reed and K.J. Hill are now the front-runners for the No. 3 wideout spot with Patton gone. Rookie Alohi Gilman has the inside track to be the backup strong safety to James with Teamer out of the picture.

The Chargers have avoided adding players to the reserve/COVID-19 list, but that can quickly change in a season of uncertainty, possibly giving the recently released players another future opportunity.