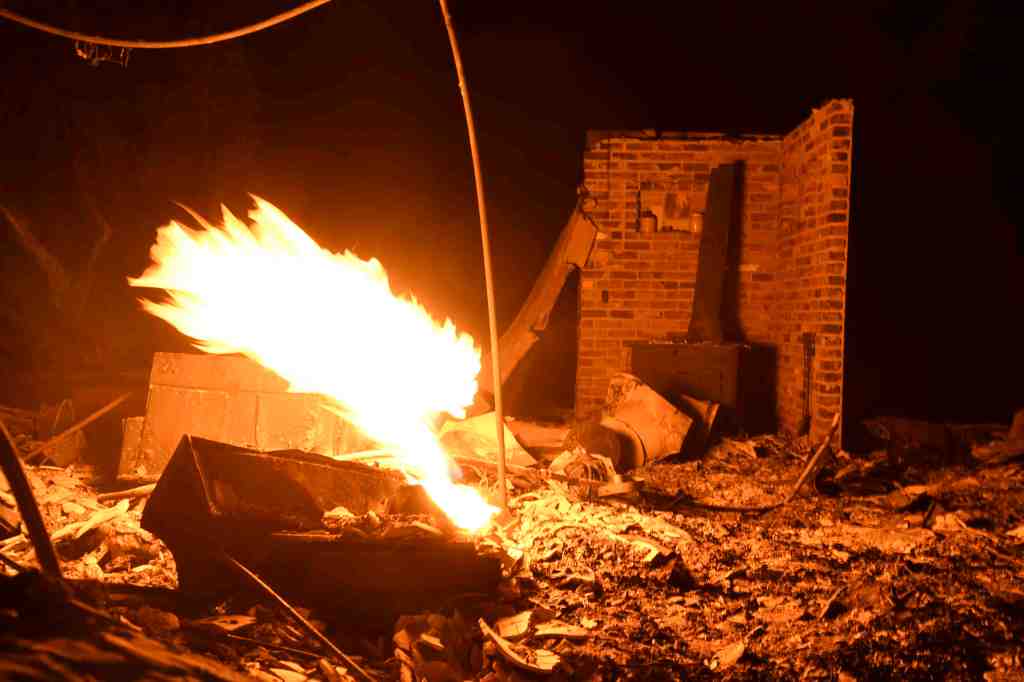 The Bobcat Fire burning in the Angeles National Forest and Antelope Valley grew by almost 19,000 acres late Friday and early Saturday, Sept. 19, as additional evacuation orders and warnings were issued.

“Numerous evacuation orders and warnings were issued today as the fire continued to make an aggressive push on the north, western and eastern edge,” the U.S. Forest Service reported Friday night. The number of homes affected was not available from the Sheriff’s Department.

The fire exploded in size Friday, growing by more than 17,000 acres making a “hard push to the west and north” as wind gusts reached 44 mph, the U.S. Forest Service reported.

A Red Cross evacuation center has been set up at Palmdale High School.

The Bobcat Fire erupted on Sept. 6 near the Cogswell Dam and West Fork Day Use area northeast of Mount Wilson and within the Angeles National Forest. The cause remains under investigation.