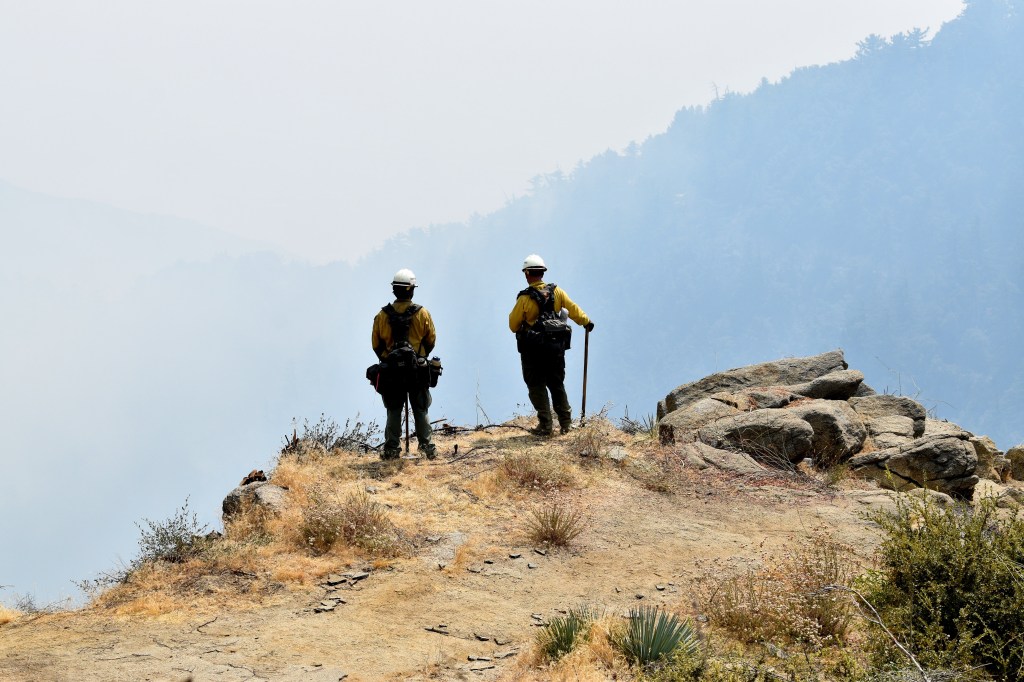 The Bobcat fire’s path expanded dramatically overnight into Thursday morning, Sept. 17, chewing through another 4,000 acres as it continued to head north, authorities said.

The fire had consumed 50,539 acres, still with only 3% containment as of 7 a.m. Thursday, forest officials said.

Evacuation warnings were added for residents in Juniper Hills, a small unincorporated community on the north foothills of the Angeles National Forest.

The fire, which had burned closer to the southern end of the forest and had threatened several foothill communities shortly after it ignited Sept. 6, was now beginning to make its way to the northern edge of the forest after jumping Highway 2 near its junction with Highway 39 overnight, officials said.

MAP: Where the Bobcat fire is burning in LA County

Fire crews had for days been working to contain the fire at the highways. Overnight, they worked to a construct dozer line across the northern forest boundary to protect desert communities, officials said.

More resources continued to be added to the firefight, as nearly 1,300 fire personnel were on hand by Thursday morning.

Firefighters continue to deal with dry conditions, which were expected to continue Thursday and could complicate control efforts, officials said.

In addition to Juniper Hills, evacuation warnings were still in place for parts of Monrovia, Arcadia, Duarte, Bradbury, Sierra Madre, Pasadena and Altadena. Evacuation orders in parts of Arcadia and Sierra Madre were lifted Wednesday.

All 18 California National Forests remain closed until at least Sept. 21.