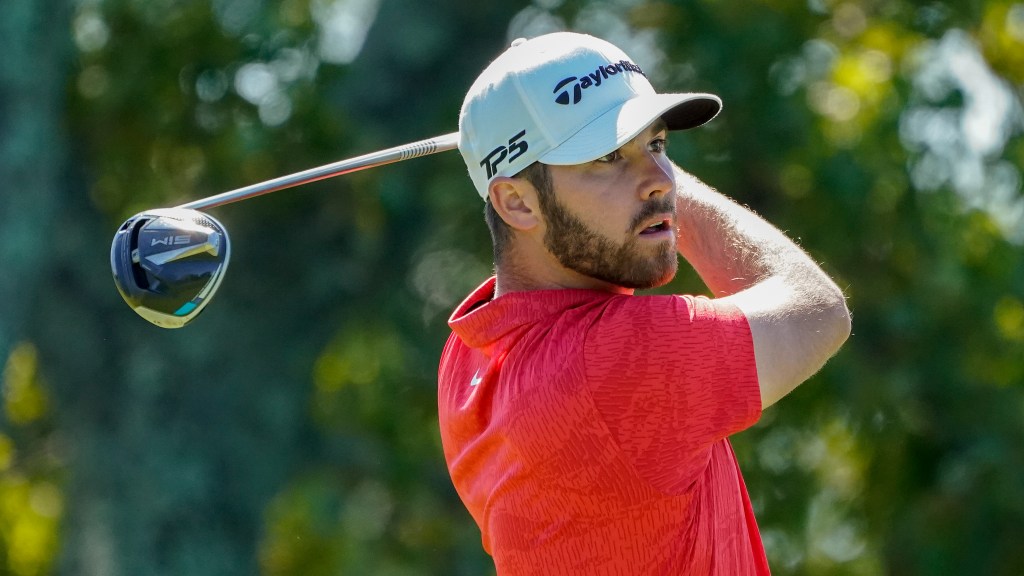 The kids are coming.

Matthew Wolff, 21, was a star at Westlake High and an even bigger star at Oklahoma State, with an unusual swing and plenty of confidence.

“I feel comfortable with every part of my game,” he said Saturday from Mamaroneck, N.Y., after shooting a 65 at Winged Foot to go 5-under for the tournament and two shots ahead of Bryson DeChambeau. “I don’t like to shy away from things when I’m feeling confident, and I’m probably going to do the same (Sunday).”

Wolff’s swing is unorthodox, featuring a hip shimmy at the start and something akin to a baseball hitter’s toe tap while at the top of his backswing. It drew a lot of criticism from the wannabe experts when he was playing junior golf, and a number of suggestions from teaching pros that he was doing it all wrong, but success has a way of shutting people up.

And if he is to become the youngest U.S. Open winner since Bobby Jones in 1923, and the first to do so in his U.S. Open debut since Francis Ouimet in 1913, it may be via the scenic route. He hit two fairways – repeating, two – in Saturday’s round, and 12 through 54 holes.

Maybe he’s living right. He had a 66 on Thursday, and an even-par 70 Friday when scores soared.

His only bogey Saturday came on 16 after a tee shot deep into the rough on the left, but he still had an 11-footer for par and missed it. Two holes later, his 4-iron off the tee went 267 yards but way right, and somehow it hit in the rough and bounced back into the first cut. He got his approach to within 10 feet and drained it for his sixth birdie of the day.

“I hit a bunch of good tee shots today that were kind of where I was looking and just barely missed the fairway, got fortunate with my lies,” he said. “It’s the U.S. Open. You’re going to hit bad shots out there. … I just told myself to minimize the damage because I was playing so well, and I know I’m in such a good spot that the worst thing I can do is try to risk it. Maybe on the 18th hole if I’m one down, then I’ll risk it.”

It’s worth a reminder here that 5-under at Winged Foot, under USGA course conditions, is really, really good.

“I mean, he hits it really far,” Xander Schauffele said Saturday. “He hits it really high. He’s not afraid. And,  yeah, he doesn’t care. It’s not surprising that he played (this well). I played with him the final round of the PGA Championship and he destroyed that place, as well (another 5-under 65), and it was playing difficult there on the last day.”

Remember, too, that he’s still the reigning NCAA champion, since no national championship tournament has been held since he won it in 2019 as an Oklahoma State sophomore. He turned pro shortly thereafter and won his initial PGA Tour event in just his third try, the 3M Open in Minneapolis in July 2019.

He was in the hunt earlier this summer at the Rocket Mortgage Classic in Detroit, carrying a 3-shot lead into the final day before shooting a 71 to finish three shots back. The guy who caught him that day is the same guy who will be leading the hunt Sunday; DeChambeau shot, yes, a 65. And Wolff said that experience might even be more valuable Sunday than that of the tournament he won.

“I had a bigger lead in Detroit,” he said.

“I think that’s the biggest thing, not really looking ahead. I was kind of antsy at the beginning of the (final) round in Detroit. I think I’m going to go out there and just do my thing. It’s golf; anything can happen, especially at a course like this. I know if I keep calm and not let my emotions get the best of me, I should have a really good chance.”

Wolff said he feeds off the emotion of galleries, so the quiet of these tournaments without spectators will not necessarily be a plus. But he did say the residents of the houses behind the 10th and 11th tees cheered for him Saturday, so there’s that. Anyway, the silence didn’t seem to bother either Wolff or Morikawa on that Sunday in San Francisco last month.

Wolff was asked if this might be coming a little sooner than he expected.

“That’s a hard question,” he said. “I mean, I feel like I’m ready to win out here and win a major. I’ve already won a PGA Tour event and I knew my game was in a really good spot. I’ve been feeling really good, really confident, and with my mindset right now how I’m thinking about the game is really good.

“It is a major. It’s really important, and yes, it’s really early in my career, but I feel like I have the game, like I said, to win. Collin won at 23. I’m 21, and I’m not saying that it’s going to happen, but I mean, I put myself in a really good spot.”

As we said, the kids are coming. You might want to move out of the way.